The dB's release their joyous debut Stands For Decibels 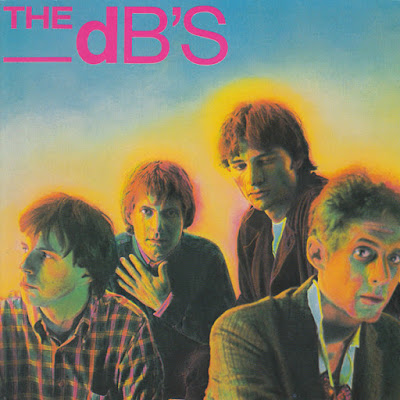 The dB's : Bad Reputation
[Purchase]
On January 16, 1981 The dB's released their debut album Stands For Decibels . Despite being favorites of the New York club scene and rock press, the band, made up of four power popsters with North Carolina roots, signed up with the U.K. label Albion. Stands for Decibels and its follow-up Repercussion were originally released only in Britain.
The songs are divided between songwriters Chris Stamey and Peter Holsapple. Among the many standout tracks on the debut is Holsapple's "Bad Reputation".
Stands For Decibels finished #26 on the Village Voice's Pazz and Jop Critic's 1981 poll, run by Robert Christgau who gave the album a grade of A-, writing :
This is pop at its tensest--the precise harmonies, broken rhythms, and Byrdsy zoom effects are drawn so tight they make the expertly rendered romantic ups and downs of the songs sound intense and earned.
Trouser Press's Dave Schulps  heard "echoes of psychedelia from the likes of the Move, Tomorrow, the Nazz, Moby Grape and Beau Brummels" and wrapped up his review by writing:
Without singling out any of the 11 concise masterpieces here, it should suffice to say anyone that was touched by the music of a decade and a half ago should hear this record. Anyone wondering if that music is valid today will find it alive and kicking in the form of the dB's.
In his memoir A Spy in the House of Loud, Chris Stamey is less kind about his band's debut. He writes there are moments of pride but that the band was in the midst of "an overly fussy fussy period production for which I have the lion's share of blame."
The only track on Stands for Decibels that I now return to with unqualified pleasure is Peter Holsapple's wistful ballad "Moving In Your Sleep".
at 10:43 AM