The Fall's Mark E Smith on Lennon, Teardrop Explodes and the new wave of fashionable bands 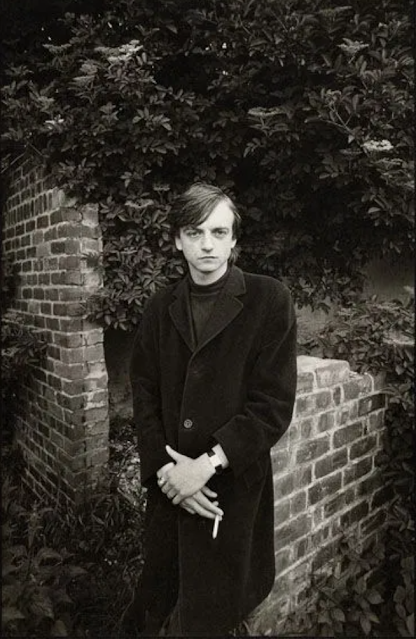 The Fall : The North Will Rise Again
[Purchase]
On January 10, 1981 NME published an Andy Gill interview entitled "The Fall: The Wit And Wisdom Of Mark Smith".  In the interview, Smith disparages bands whose fans dress up like them ("Bands smaller than us have got these sort of clone people walking about") and he doesn't have a kind word about groups from Liverpool ( It's a northern thing. Like The Beatles; you go to Liverpool, and everybody clams up when you mention The Beatles, 'cos they fuckin 'hate'em. They're fuckin' jealous!) That even includes some current Liverpool bands.(I mean, like, Teardrop Explodes – escapist fuckin' rubbish! I'm not knockin' it, I never have; I've always loved that type of stuff. But, y'know, when you start getting' knocked for trying 'to fuckin' say somethin'..."). Finally, Smith claims Manchester is more dangerous than New York City.( "I know it's violent, and that Lennon was shot dead there, and that – but it was fucking safer than Manchester or anywhere in Yorkshire's ever been at half eleven! When the pubs shut in Manchester and Yorkshire, it's fuckin' deadly.").
Smith says when he first heard Lennon had been murdered he was shocked.
"The first thing I thought was it would have happened in Liverpool...but...I don't know, I sometimes think things like 'May be he had it coming to him', y'know. Like, life is like that – if you sort of lead a whole generation of people on to do something like leave home, freak out, and become revolutionaries, and then you turn round and say, 'Well, I've just met this woman, Yoko, who's fuckin 'great'– she is, like, I think that – but she broke his balls. It's not a sexist thing to say, y'know...(Ha ha – Ed) but it's like everything came back on him. He released an album about how great it was to be straight, and there's hundreds of people – well, there must be millions of people whose lives he affected.
"I mean, he even got through to me – I mean, like 'Working Class Hero'...I don't think of myself as one, but I think that from his situation, it's so fuckin' good that he actually gleaned that from one song. I think that's one of the few good things he did, y'know, where he actually says, like, 'I was screwed for what I did'. That's why he became an American citizen, I think.
"But you can't do that. Life is very cruel like that: you can't lead people on for ten years, and just turn round and say 'I'm a father now'."
Finally he sets the record straight on the meaning of N.W.R.A. , a track from his most recent album Grotesque:
"Actually, the message in it is that if the north did rise again, they would fuck it up. Not that they ever rose before... It's just like a sort of document of a revolution that could happen – like somebody writing a book about what would have happened if the Nazis had invaded Britain. It's the same concept as that. Not a lot of people have gleaned that, probably because it's the last track on the LP.
"I was very disappointed with the reviews we got – well, they don't really affect me, but – 'The North Will Rise Again' was, like, the fuckin' centrepiece of the album, for me. I really worked on that. And I thought people would take it a bit more..."
He leaves the sentence hanging, but the implication is clear: a bit more carefully, a bit less on face-value. Try a little harder!
at 10:00 PM