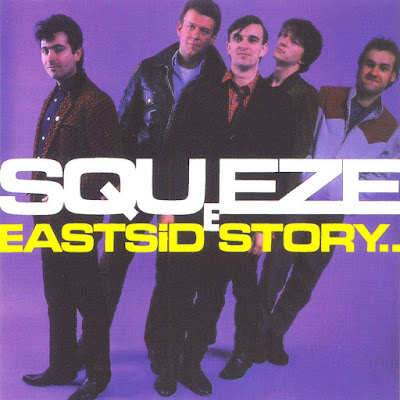 Squeeze : Tempted
[Purchase]
Happy New Year and welcome to 1981! We're going to have to go a full year without David Bowie, Bruce Springsteen, Talking Heads, Peter Gabriel, The Clash and many more. We do get what may be the last excellent album by The Rolling Stones and some very good albums from Grace Jones, Squeeze, Psychedelic Furs and Elvis Costello. 1981 was one of the hardest years of my life, but it was also the year I picked up a copy of The Rolling Stone Record Guide and began my journey as a music snob.
This may come across as a big revelation but I enter each of these years not as an expert but as someone beginning a journey. To illustrate here are my 25 favorite albums of 1981 as we begin. Of these I own 12 or 13. I bought maybe 4 in 1981 because I was spending my money on Otis Redding, Aretha Franklin, Al Green and David Bowie.
So let's see what 1981 reveals...
25 fave albums from 1981

Neville Brothers: Fiyo on the Bayou

Elvis Costello and the Attractions: Trust

The Rolling Stones: Tattoo You

Echo & The Bunnymen: Heaven Up Here

Brian Eno & David Byrne : My life in the bush of ghosts

The Kinks : Give The People What They Want

The Police: Ghost in the Machine

David Byrne: Songs from the Broadway Production of "The Catherine Wheel"

Jerry Harrison: The Red and the Black

Cars : Shake It Up