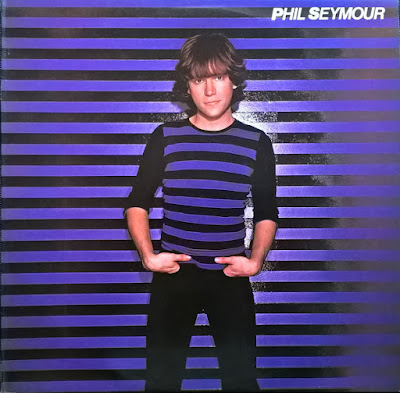 Phil Seymour : Precious To Me
[Purchase]
After spending years as the other guy in the Dwight Twilley Band ("I'm On Fire", "Looking For The Magic") bass player and drummer Phil Seymour released his first solo album on a label he shared with the likes of Harry Chapin and Carole Bayer Sager.
"I don't fit in," Seymour told Trouser Press," and that's good. It makes me feel special, and I'm secure that I'm not going to get shelved. This company (Neil Bogart's Boardwalk Records) needs and wants the kind of new wave reputation I bring.
"I don't want them to put Dwight Twilley after my name anymore. When I wasn't getting the recognition  I should have, I knew the karma was going to work for me sooner or later. And you know what? I like seeing my name in there finally"
"Precious to Me", the first single from the album, written by Seymour, reached #22 on the Billboard Hot 100 for the week ending March 28, 1981. It also went to #3 in Australia, where it was certified gold.
His debut doesn't deserve its obscurity. It is one of the great power pop gems of the 1980's.
at 2:00 AM