Phil Collins and the greatest drum fill in rock history 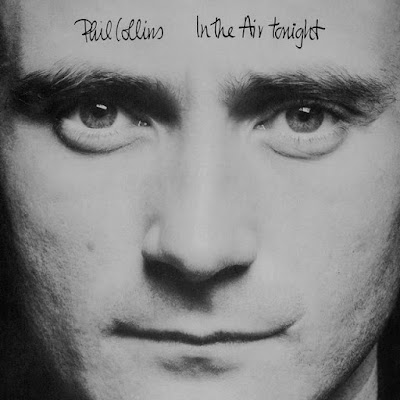 Phil Collins : In The Air Tonight
[Purchase]
On January 5, 1981 Genesis drummer and vocalist Phil Collins released his debut single, the UK#2 hit "In The Air Tonight". Contrary to all the urban myths surrounding the song, its lyrics --like all of the upcoming album Face Value--are about his bitter feelings amidst the impending divorce from his wife Andrea Bertorelli.
"The lyrics you hear are what I wrote spontaneously," Collins said, who came up with lines like "Well if you told me you were drowning/ I would not lend a hand" while playing ominous chords on a synthesizer. "That frightens me a bit, but I'm quite proud of the fact that I sang 99.9 percent of those lyrics spontaneously".
>
Collins and engineer Hugh Padgham had discovered the signature drum sound by accident while recording "Intruder" on Peter Gabriel's third album. It involved heavily compressing the sound from the reverse talkback mic in the studio. The studio version of the song has no drums until the infamous fill but the single version above has drums throughout.
About that fill: it remains one of the great moments in rock. If you can keep yourself from air drumming  you have greater restraint than I.
And as you can see below it still has the power to create awe.
at 2:00 AM