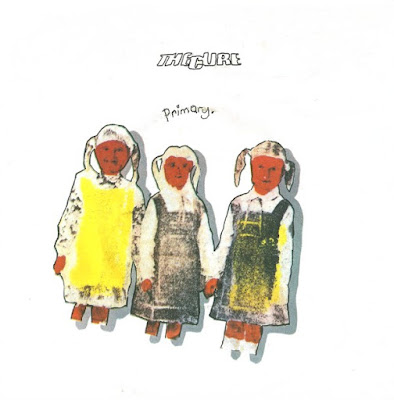 The Cure : Primary
On March 19, 1981 The Cure released the UK#43 single "Primary", featuring an ear-catching twin bass guitar attack. It was the only single released from the forthcoming album, Faith, but it was big enough to get the band on Top of the Pops.
Death casts a shadow over this song and the album as well. Drummer Lol Tolhurst's mom has passed away, so had Robert Smith's grandmother. The deaths of John Lennon and Ian Curtis also haunted the proceedings. Smith says he was inspired by the thoughts of dying young when he wrote the elliptical lyrics to "Primary". 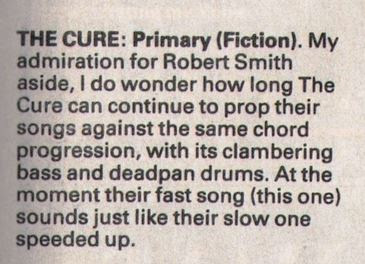 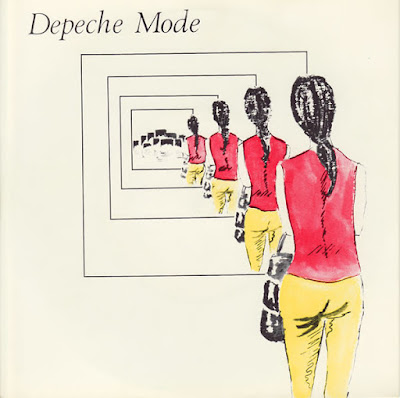 Depeche Mode : Dreaming Of Me
They may still not look a day over 14 but Depeche Mode, consisting of three synthesizer players and vocalist Dave Gahan, already have a way with tuneful and danceable numbers. The band's first single,  the UK#57  "Dreaming Of Me" b/w "Ice Machine" is available from Mute Records. It will rank #10 on Sounds' year end list of top singles.
at 12:30 AM

Labels: 1981, Depeche Mode, Dreaming of Me, Primary, The Cure