The Church release an instant classic in "Unguarded Moment" 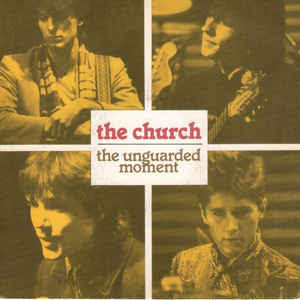 The Church : The Unguarded Moment
On March 14, 1981 The Church released "The Unguarded Moment", a breakthrough single of neo-psychedelic jangle pop offered in that era as an alternative to synth pop. Written by Steve Kilbey and his wife, the song reached #22 on the Australian pop charts after the band performed the song on television.
"We were on a TV show called Countdown which was the only music tv show in Australia, and we did this song called Unguarded Moment," recalls Kilbey. " We were instant hits, we were in the charts, the girls were screaming, the drugs were flowing, the cars were driving, the guitars were going in and out of cases, we were travelling, motel doors opened and closed, meals wolfed down, zooming up and down in planes and at airports and waving goodbye and saying hello and packing cases, it was like that."
at 12:30 AM