The Who's Face Dances may be better than you bet 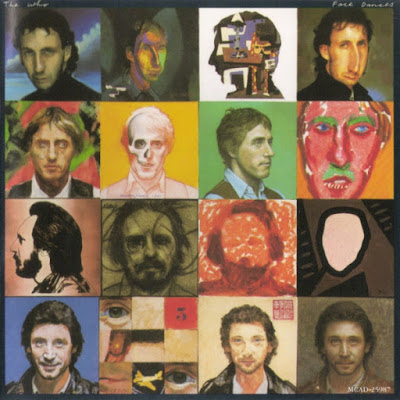 The Who : Another Tricky Day
On March 16, 1981 The Who released the US#4 Face Dances, the first studio album to feature Keith Moon's replacement, Kenney Jones on drums. It was preceded by the release of the US#18 single  "You Better You Bet", one of the most annoying songs the Who ever recorded. Townshend would call Face Dances a disappointment. It certainly was to me, but I've since discovered at least a few songs that I really like.
FM radio was all over Face Dances, playing " You Better You Bet", "Another Tricky Day" and "You", which all harken back to the glory days of the bombastic guitar and synth driven Who. But here's where I started wondering if Townshend has saved his better songs for Empty Glass. You can almost hear the inspiration draining from the album. 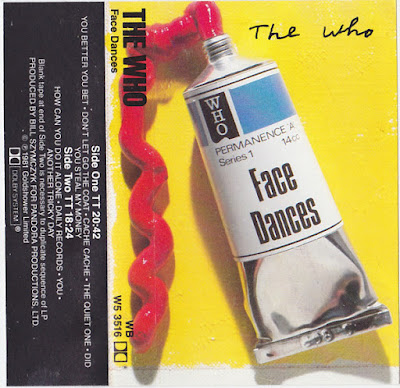 By this point Townshend was abusing alcohol, cocaine and freebase cocaine laced with heroin. He would even fall asleep onstage during The Secret Policeman's Ball. Roger Daltrey was pursuing an acting career. John Entwistle's contributions, "The Quiet One" and "You" only partially rescue the album.
The album received mixed reviews. Rolling Stone's Tom Carson gave the album two and a half stars out of five:
The Who’s familiar repertoire of rhetorical devices – the sudden soft-loud, slow-fast changes; the whole superstructure of segues, theatrical overdubs and explosive solos – sounds irrelevant here, and even the best bits (Townshend playing banjo licks on electric guitar in “Daily Records” and the cascading keyboards and harmonies of the “You Better You Bet” intro) aren’t part of anything bigger than themselves. Though the songs are smoothly and beautifully produced and performed, Face Dances feels scattershot, centerless. 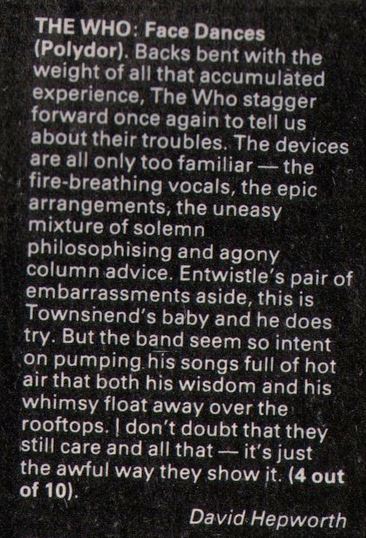 But Robert Christgau gave the album a grade of B+ writing:
If nothing else, Keith Moon's death seems to have delivered Pete Townshend of his obsession with the band he created--and with his own mortality. His new sex songs are stylish and passionate, the strongest he's written for the Who in a decade. Problem is, his pretty-boy mouthpiece sounds like he's forcing the passion. Which reminds me that sex always has to do with mortality--and that mortality catches up with pretty boys faster than with the rest of us. 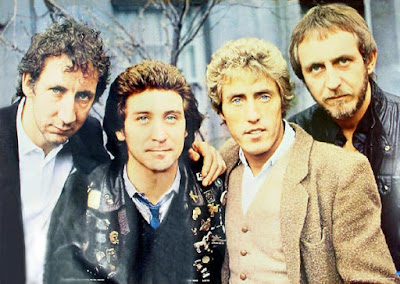