Some new toys hitting the UK charts this week in 1981 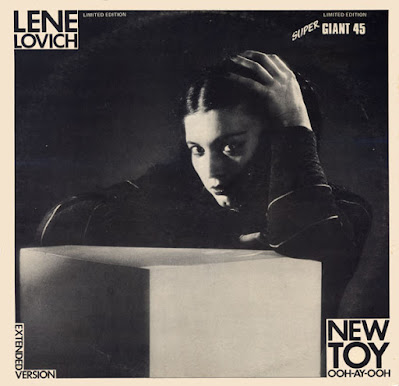 Lene Lovich : New Toy
In the week of March 8, 1981 Lene Lovich's "New Toy" entered the UK charts at #72. The song, written by Thomas Dolby about his new Fairlight CMI synthesize, would peak at UK#53. A defining song in the new wave playbook,  I thought it would have been a bigger hit, but David Hepworth apparently had reservations about the song in his Smash Hits review. 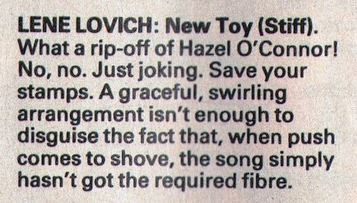 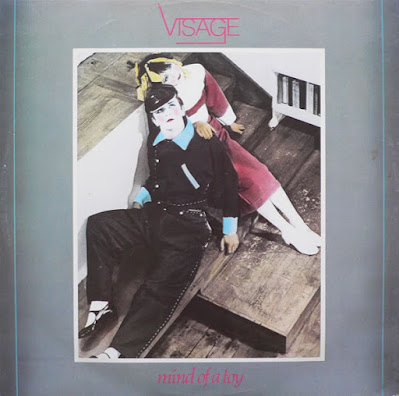 Visage : Mind of a Toy
Visage entered the UK charts this same week at #32 with their follow-up to the Top 10 hit  "Fade To Grey".  "Mind Of A Toy" peaked at UK#13, with a great deal of help from the visionary Godley& Creme, whose music video aired on Top of The Pops on March 19th. Keep in mind, we are still five months away from the launch of MTV.
at 12:30 AM