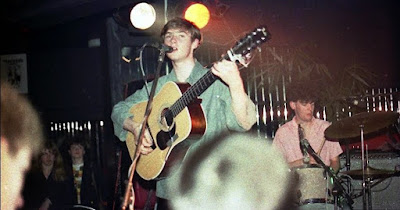 Aztec Camera : Just Like Gold
The weekend of March 19, 1981 was a busy one for Postcard Records, the Sound of Young Scotland.  They released the debut single from Aztec Camera, "Just Like Gold" b/w "We Could Send Letters". NME was smitten with the band led by Roddy Frame. Paul Morley writes
"These love songs, that speak of sadness with undefiled integrity, seem closer to the white music of Nick Drake and some John Martyn than the lament-dance of Josef K or the irony pop of Postcard (Records)...Aztec Camera are a smooth and special taste, a smile on their face, tear in the eye".
The B side, featured in an acoustic form on the C-81 compilation, was re-recorded for the 1983 debut album, High Land, Hard Rain. 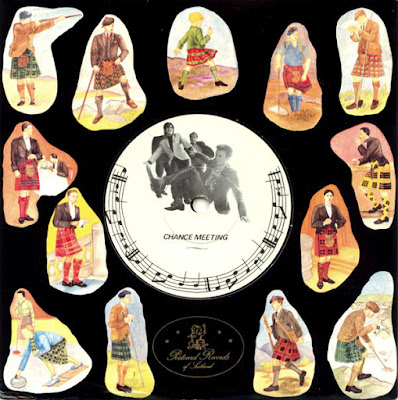 Josef K : Chance Meeting
Josef K's new single is "Chance Meeting", a re-recording of the song that was the A side of the first single a year ago. Some glorious horns arrive about two minutes in. Early copies came with a free postcard.
We talked for a short while,
while I snuck forward,
and touched your hand. 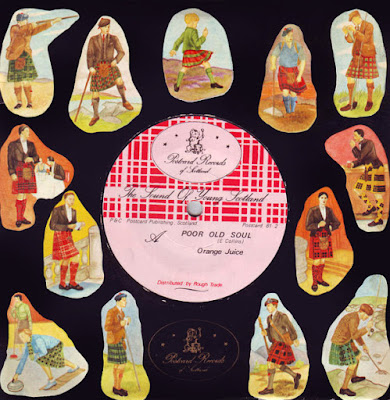 Orange Juice : Poor Old Soul
Orange Juice continues finding the sweet spot between Chic and the Velvet Underground on their  4th single "Poor Old Soul", which also comes with a free Orange Juice postcard in the sleeve.
at 2:00 AM