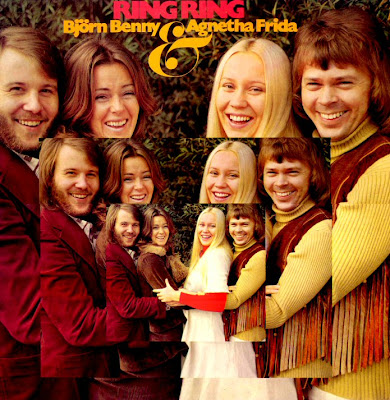 By far the most successful group of the 70's, Abba sold more than 370 albums and singles worldwide. It all began with Ring Ring, released in Scandinavia on March 26, 1973. Despite the catchy title cut, the album did not give any indication the foursome would soon achieve world domination. In fact the members of the band were all doing multiple projects at the time and no one thought this Abba thing would even be a permanent deal. Agnetha and Anni-Frid were pop singers signed to different labels. Bjorn and Benny has started in Swedish folk groups. Originally the band was called Bjorn and Benny and Agnetha and Frida. Or BBAF which just doesn't look right. 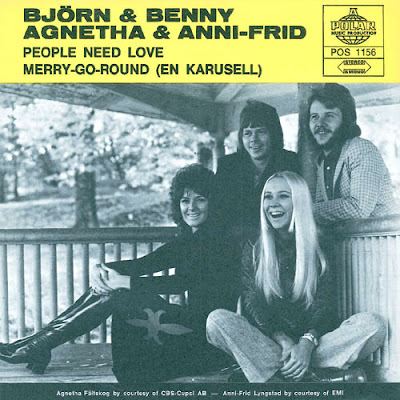 First among the singles was the Benny and Bjorn written "People Need Love"--the first Abba single to hit the US Charts. ( It petered out at #115 despite the English lyrics fropm Neil Sedaka). The song wasn't even attributed to Abba but to Bjorn and Benny and Agnetha and Anni-Frid. A Top 20 hit in Sweden, it was performed on Austria's "Spotlight" in March of 1973 with an unknown lip-syncing blonde filling in for Agnetha who must have had a prior engagement. A bizarre moment in pop history.