40 Year Itch: Everyone Birdoggin' At My Girl 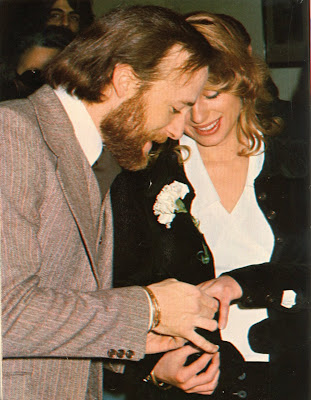 On March 14, 1973 Stephen Stills married French singer songwriter Veronique Sanson. The marriage lasted ten years and produced musician son Chris Stills. Among the guests at the wedding were members of The Beatles and The Who. They lived around Boulder Colorado. 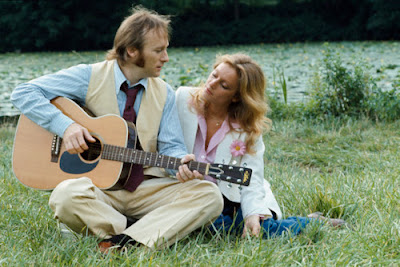 A month later Stephen Stills and his band Manassas released the album Down The Road. Inspired by her husband's way of recording, Veronique recorded one of her most critically acclaimed albums, 1974's Le Maudit ("The Damned") , also with Manassas. Some have tried to read meaning into Veronique's lyrics. It was, by some reports, a rocky marriage with Stills insisting everyone speak English around his wife...even in Quebec. And he could be quite insistent.

"Shaking, quaking, fire in his eye ( Stills) stomps over to bass player Bill Gagnon, grabs his shirt, tells him ( loud enough for the Province to hear): "Don't you ever speak French to my wife again !!!"
--Richard Meltzer, A Whore Just Like the Rest: The Music Writings of Richard Meltzer