40 Year Itch : Singing To An Ocean

5 Fun Facts About Houses Of The Holy

1. The children on the cover are siblings Stefan and Samantha Gates. Stefan is now a celebrity chef ("Cooking in the Danger Zone"),  famous for recipes involving insects. The cover --a montage--was shot over ten days near Giant's Causeway in Northern Ireland.

2. The 7 and a half minute "Rain Song" was inspired in part by George Harrison's comment to drummer John Bonham that the group never wrote any ballads. In tribute to Harrison, the first two chords of the song are those of Harrison's "Something". John Paul Jones plays the mellotron. 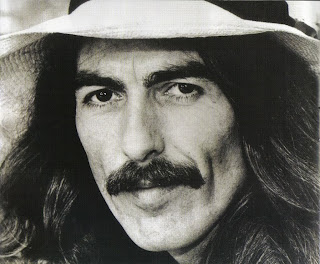 3. Rip off or Parody?  "The Crunge", arguably the funkiest tune Led Zeppelin ever recorded, evolved out of a James Brown and the JB's like jam and remains one of bass and synthesizer player's John Paul Jones favorites. 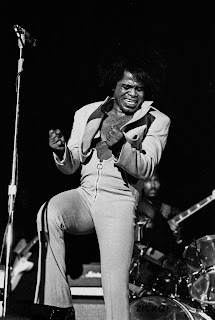 4. From funk to reggae: "D'Yer Maker" . Led Zep fans may have been wondering what was happening to the band. To which Jimmy Page responded
"I didn't expect people not to get it. I thought it was pretty obvious. The song itself was a cross between reggae and a '50s number, "Poor Little Fool," Ben E. King's things, stuff like that"

5. "The Ocean" is dedicated to the "ocean" of fans that were showing up for Led Zep concerts.

Singing to an ocean, I can hear the ocean's roar
Play for free, play for me and play a whole lot more, more! 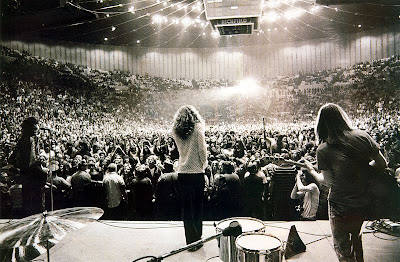