40 Year Itch: When Living Is All Uphill 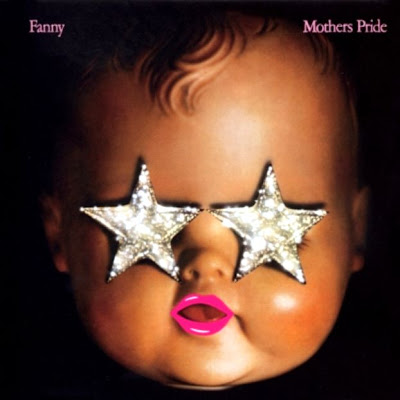 
One of the most important female bands in American rock has been buried without a trace. And that is Fanny. They were extraordinary.  They played like motherf*ckers. Revivify Fanny. And I will feel that my work is done.
— David Bowie 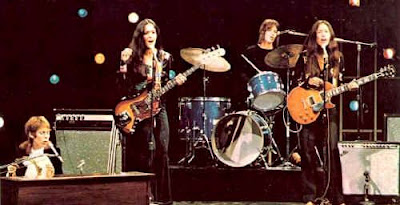 Produced in the wilds of New York by Todd Rundgren ( on the condition he could mix the album without interference), the all-girl rock band Fanny scored their best album with Mothers Pride, released in March of 1973. By then, Fanny had been together three years. That's three years of answer questions about being an all girl rock band and "Feminism". As founder June Millington tells Gillian G Gaar in She's A Rebel : The History of Women in Rock and Roll:

When the band broke up, I can't say that any of could say that we were 'feminists' by any stretch of the imagination. It was such a dirty word! My mindset was like 'Hey man, I have put myself out on the line here, just holding this fucking electric guitar. Don't put me in any more spots."

June's lyrics reveal some of the frustration she was experiencing as the band toured the world, with the likes of Slade, Jethro Tull and Humble Pie. After the album's release, she left the band. "I didn't have a personal life, and I fell apart."

Trivia:  Keith Moon covered album track "Solid Gold" on his 1975 album Two Sides of the Moon. And , I'd add, the Fanny version sounds like it inspired Liz Phair's entire career.