40 Year Itch: Fed Up With Fandango? 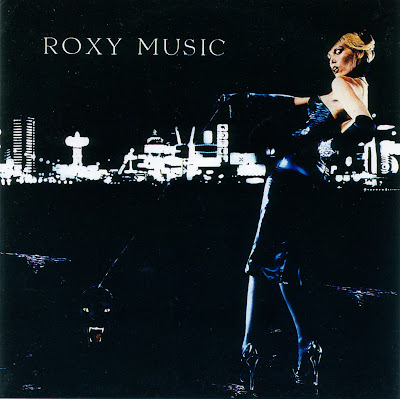 Morrissey claims he can only think of one truly great British album and that (Roxy Music's For Your Pleasure)  is it.
-The Observer, June 20,2004

Roxy Music's second album is thought by many to be their crowning creative achievement--though my pop sensibilities lead me to favor Siren and Country Life. For Your Pleasure is the last to feature Brian Eno whose artsy sonic explorations offered an avant garde  counterpoint to Bryan Ferry's ironic romantic poses.


This line-up would not last. Ferry would not let Roxy Music record Eno's songs, and he hated Eno's approach to recording which was more about experimenting with random ideas in the moment. The front man never leaves the band until he wants to and Eno left, complaining to Melody Maker's Geoff Brown "What Roxy Music lacks for me is one of the most important elements of my musical life, which is insanity." To which Ferry said "Two non-muscians in a band is one too many".

Our deep cut choice is the nine minute response to Krautrock, "The Bogus Man" which has - over the years- become a favorite. Sorry to say we almost always skip past the other epic  "In Every Dream Home A Heartache". In the UK the album peaked at #4 but in the US, it barely dented the Billboard 200. In a mixed review, Rolling Stone's Paul Gambaccini called the album "remarkably inaccessible". The US would need another decade to catch on to Roxy Music's appeal.