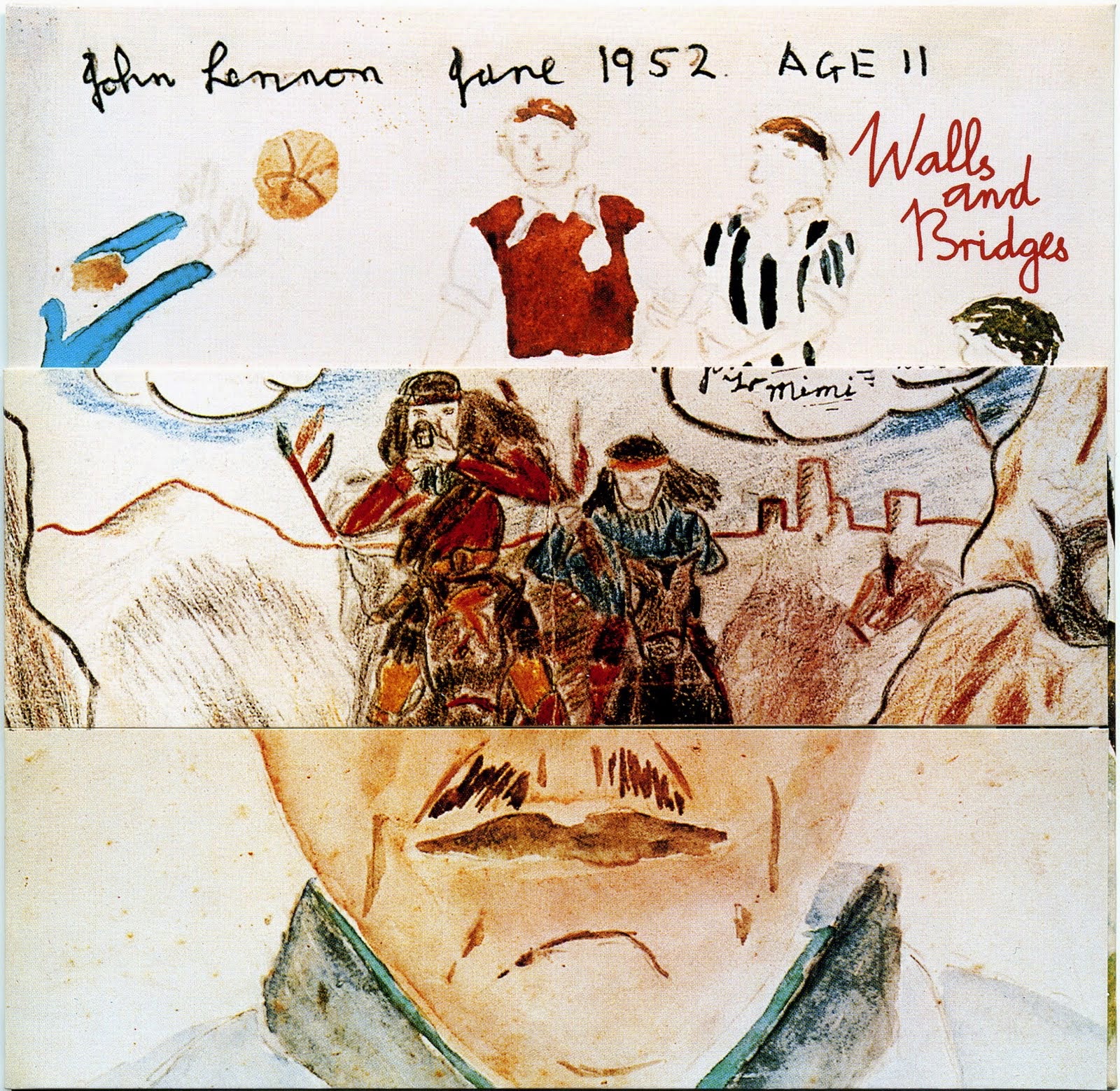 Recorded during the so called "Lost Weekend", Walls and Bridges reveals John Lennon missing his then estranged wife Yoko ( "Bless You", "Going Down on Love" "Move Over Ms. L", which was dropped the last minute) and, perhaps, missing The Beatles ("#9 Dream" has Jesse Ed Davis mimicking George Harrison's slide guitar and there's some jabberwocky nonsense reminiscent of "I Am the Walrus"). His companion at the time, May Pang, has said one of my favorite songs on the album,  "Surprise, Surprise (Sweet Bird of Paradise)" , is about her. His spirits may have been down, but this was hardly a creative slump for a Beatle that had recorded two solo albums, produced another ( Nilsson's Pussycats) and worked on a third ( the Phil Spector project Rock n Roll)

The big single from the album is "Whatever Gets You Through the Night", a rocking duet with Elton John who bet Lennon it would be his first #1 hit. To pay off the bet, Lennon made what would be his last concert appearance November 28 performing the single, "Lucy in the Sky with Diamonds" and "I Saw Her Standing There" at Madison Square Garden.