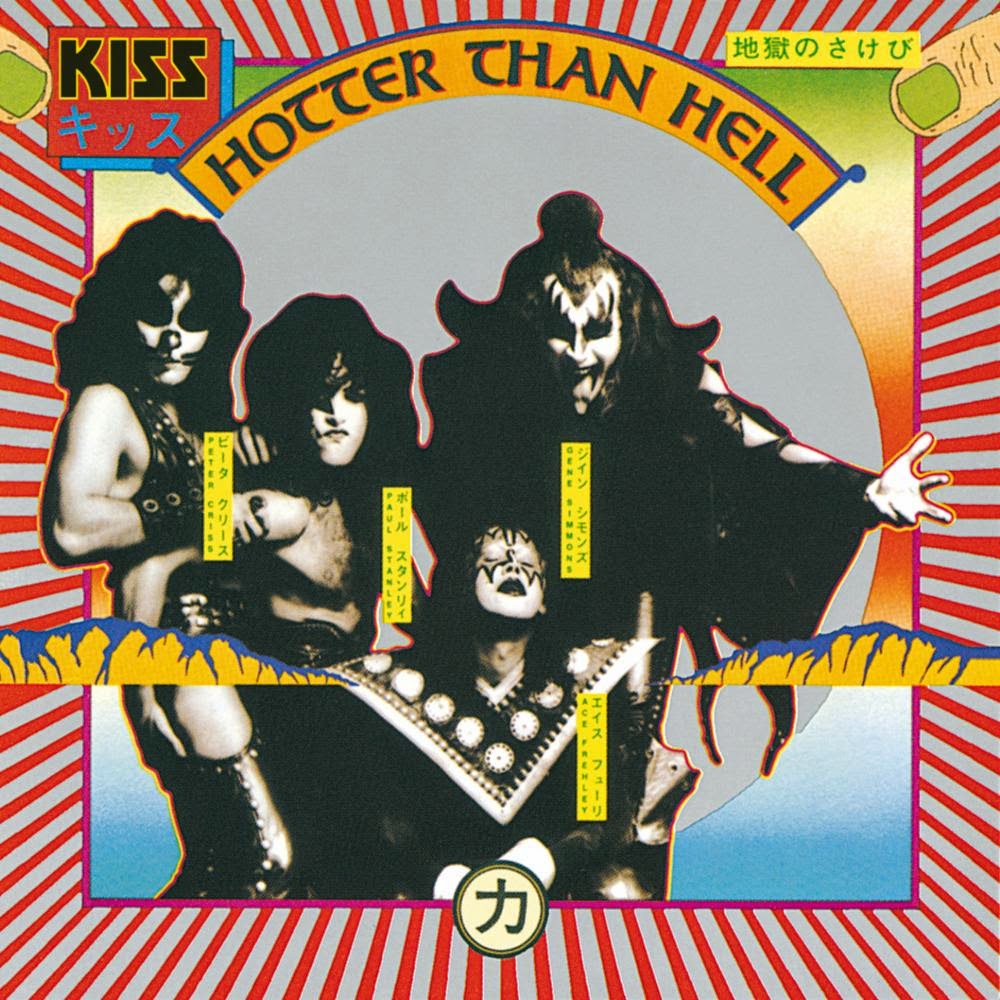 On October 22, 1974 Kiss released their second album, Hotter Than Hell. Though it would barely dent the Top 100 album chart, Hotter Than Hell would eventually go gold in 1977 following the success of the mega-seller Kiss Alive.

Touring non stop from even before the debut album came out, Kiss recorded its follow-up in Los Angeles, home of Casablanca Records. Right from the start things went wrong. Somebody stole Paul Stanley's electric guitar. The band admits Hotter Than Hell is a compilation of old club songs that pre-date the debut ( like "Goin' Blind" which is apparently about a 93 year old man's affair with a 16 year old girl)  and songs written on the road. 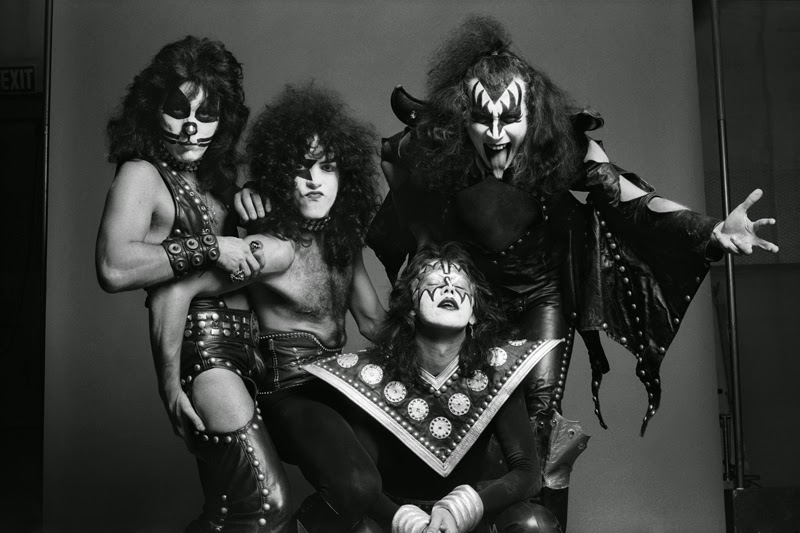 Hotter Than Hell doesn't sound like a band that has its act together. The musicianship is plodding. Kiss hadn't tasted success yet, having just come off the road as a third billed act to Wishbone Ash. Ace Frehley, the only member to have a hit song as a solo artist, still didn't have the confidence to sing any of his songs.

Frehley's "Parasite" and Stanley's "Mainline" are my faves but they're not exactly the kind of songs that would draw new fans. 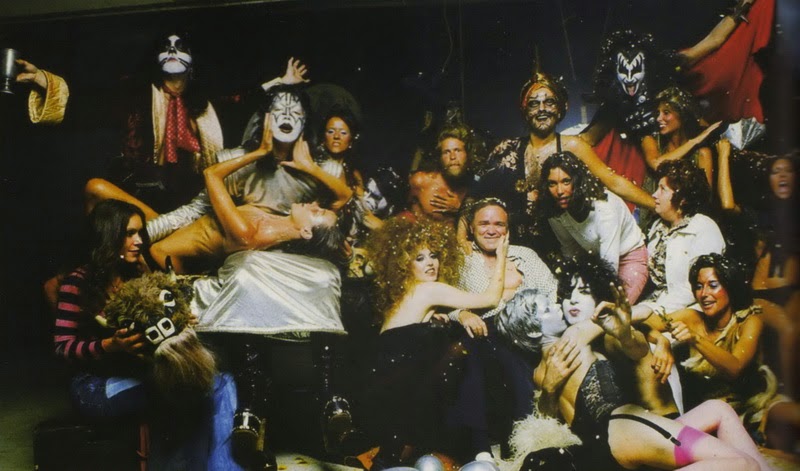 The back cover of the album is more interesting than the music. Photographed on an L.A. set after photographer Norman Seeff got the band and models drunk, the shoot became a wild party. To do this day Paul Stanley says he's never been to a party like that one.

A lot of pictures taken for the back cover have never seen the light of day because some people don't want to be incriminated by  the pictures.