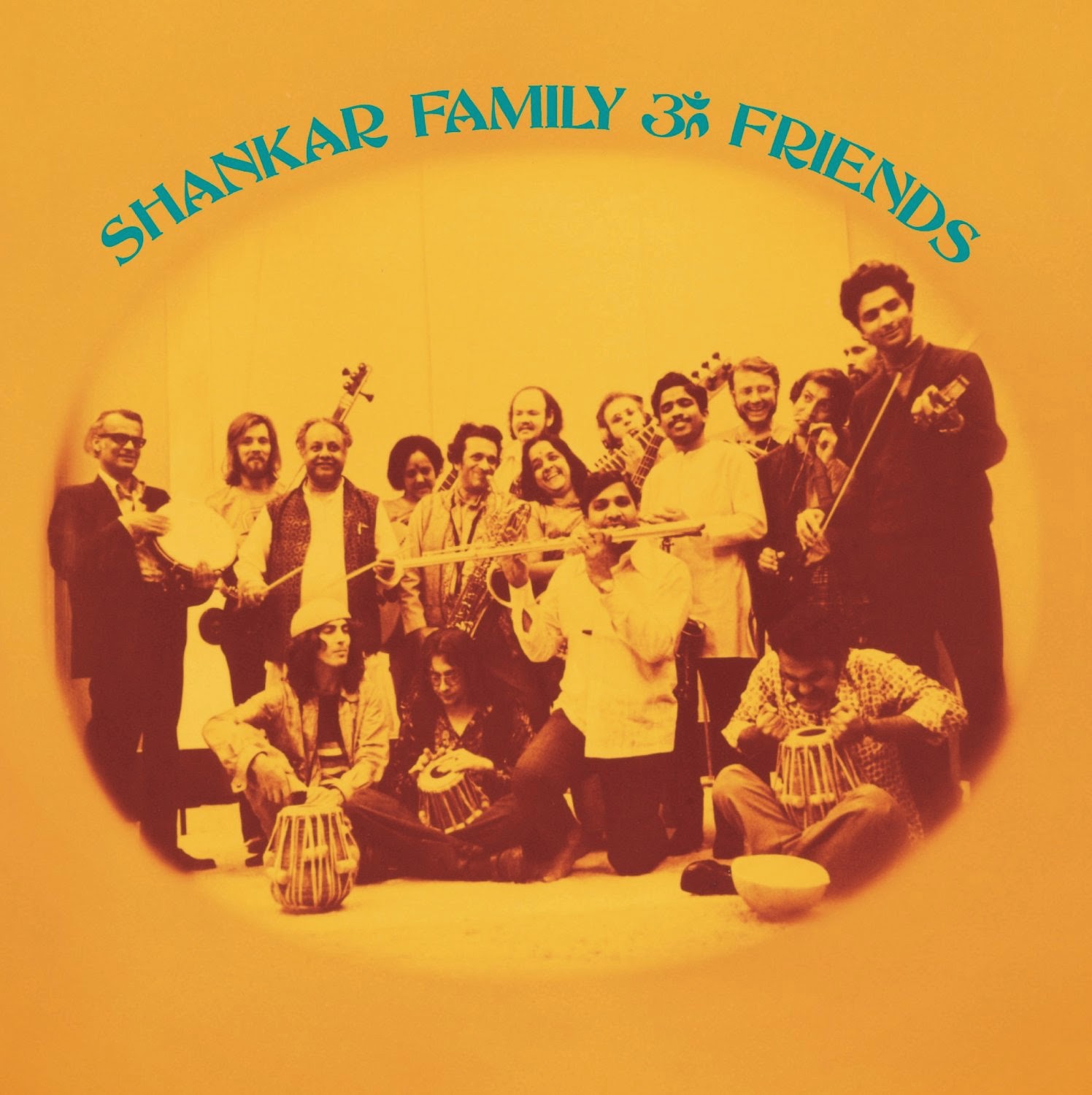 "Only one artist in the world performed at the three most significant musical events of all time: Monterey Pop, Woodstock, and The Concert for Bangla Desh. Dark Horse Records is proud to present his new music."
-Billboard Magazine ad

Ravi Shankar, the man George Harrison crowned 'The Godfather of World Music"  released his most successful foray into pop, Shankar Family and Friends, on Harrison's Dark Horse label in October of 1974. The album broke into the Billboard 200, peaking at #176.

The album is a meeting of East and West with Shankar and members of his actual family, along with some Indian superstars,  recording on an album produced by Harrison with the ex Beatle's favorite musical friends including Tom Scott, Billy Preston and a drummer by the name of Ringo. To Harrison, this was nothing less than having the world's greatest composer agreeing to jam with pop musicians. You can hear his reverence in this snippet from a radio interview:

Harrison would even bring Shankar and family on his much maligned 1974 tour. Maligned first and foremost because Harrison lost his voice before the tour ever started. But also because he would leave the stage after a few songs so Shankar could perform a long, many thought too long, set. Audiences grew restless with the unfamiliar song structure. But more on that tour later.

Side One opens with the single "I Am Missing You". This is about as mainstream pop as the album gets . Vocal performances fill out the rest of the side. Side Two is more intriguing and more welcoming to these ears. Originally a score for a ballet split into three parts( DREAM, NIGHTMARE and DAWN), Shankar mixes Eastern and Western music to great effect.

Five years later Shankar produced something even more widely welcomed by Western ears: a daughter who would grow up to record by the name of Norah Jones.
at 2:00 AM