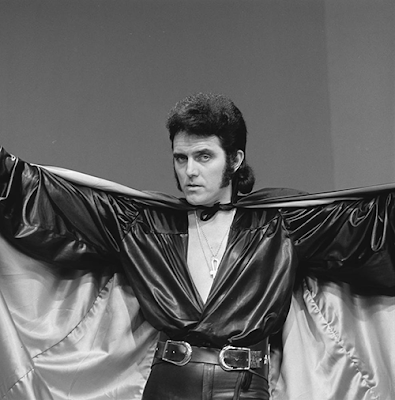 Singer Alvin Stardust has died aged 72 after a short illness. He had recently been diagnosed with metastatic prostate cancer and died at home with his wife and family around him, his manager said.

It was just a brief item in the October 26th, 1973 issue of Billboard Magazine:

Newly formed Magnet Records will release four singles before Christmas for distribution through CBS. The first, "My Coo Ca Choo" by mystery singer Alvin Stardust has received Powerplay plugging on Radio Luxembourg. Stardust is stated to be a familiar music business figure, but his identity is not disclosed.

Ah! The hype of those early years of Glam Rock!

Alvin Stardust was none other than Bernie Jewry, a roadie, who in the early 60's replaced the 17 year old namesake of Shane Fenton and the Fentones when the first Fenton dies of rheumatic fever.

When the Fentons disbanded in the early 60's , Jewry vanished from the spotlight . He probably would have the spent the rest of his life playing small nite clubs had he not come up with the mock Glam Rock persona that borrows the black leather look from Elvis Presley's 1968 TV special and the surname of David Bowie's most famous persona Ziggy Stardust.

It may have started as a joke,  but Alvin Stardust recorded seven Top 10 hits from 1973 to 1984. His most famous is "My Coo Ca Choo" which hit #2 in the UK and spent seven weeks atop the charts in Australia. Stardust's follow-up single "Jealous Mind" would top the UK charts in 1974.

Still, he may best be remembered for his somewhat menacing performance in this public service announcement. 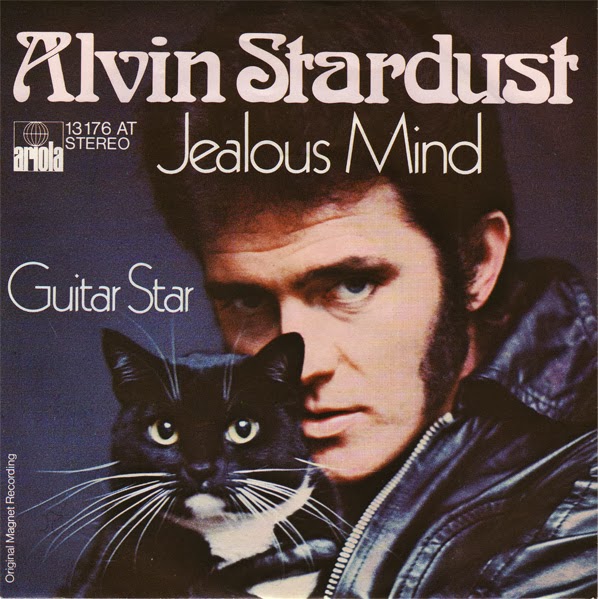 When (Stardust) came on telly, (future Oasis founders Liam and Noel Gallagher) would mime along and pretend to be Alvin and I'd always catch them singing into hairbrushes and playing air guitar
-Thomas Gallagher, their dad

40 years ago, glam bandwagon jumper Alvin Stardust celebrated his one and only UK#1 single, "Jealous Mind". Born Bernard Jewry, Stardust appropriated just about everything he could from Elvis's 1968 TV special. And the fans bought it...at least for a year or so.

In 1981, signed to Stiff Records,  Stardust returned to the UK Top 10 with his rockabilly-influenced cover of the Nat King Cole hit "Pretend"