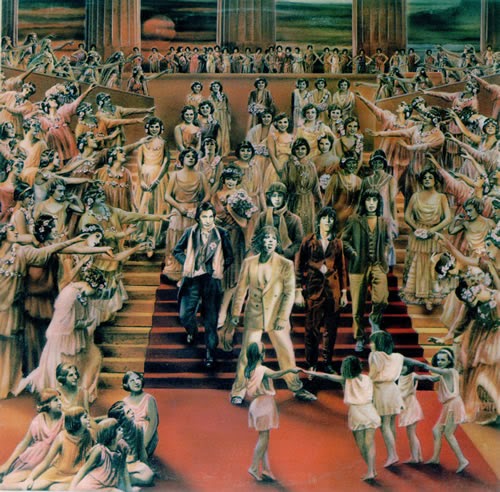 On October 16, 2014 The Rolling Stones released It's Only Rock 'n Roll, their 14th US album and the last one to feature Mick Taylor on lead guitar.

Though Taylor would complain that he left after a dispute on songwriting credits, his lead guitar work is less than inspired. But then he didn't have much to work with on this album. The ballads, "Till the Next Goodbye" and "If You Really Want to Be My Friend" are bores. The second one runs over six minutes in length. 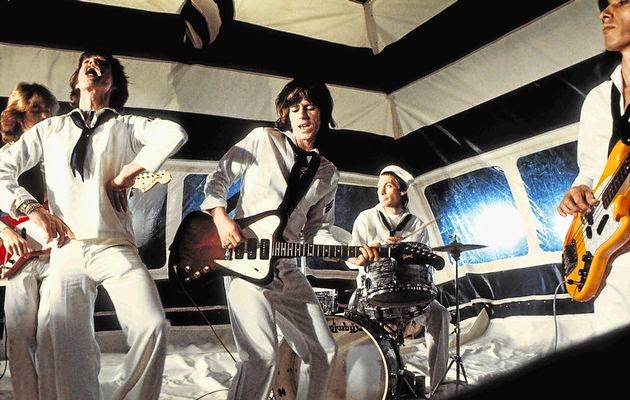 "Luxury" is an embarrassment . It sounds like the Glimmer Twins took notes from the drivers and maids they met on a Jamaican resort. "Dance Little Sister" repeats its title more often than even Bob Seger would dare. And "Ain't Too Proud To Beg" ain't too good a cover version.

"Fingerprint File" is the sole bright note, a preview of the underrated funk of Black and Blue. More relevant than ever, the song could be the anthem of the post 9/11 citizen surveillance. There some great bass runs by Wyman before it breaks its spell and gets silly. 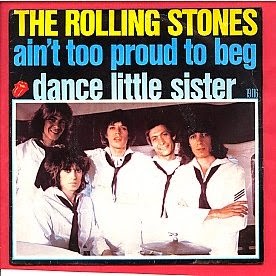 At the time, critics fawned over the album. These were, after all, The Rolling Stones! Goats Head Soup may have been underwhelming but surely the greatest rock n roll band in the world wouldn't release a second dud.

Jon Landau called the album "one of the most intriguing and mysterious, as well as the darkest, of all Rolling Stones records" while Robert Christgau gave the album a B  and claimed he heard "enough hooks for here ordinary albums".

The solution to the Stones problem "inspired" the title cut, guitarist and the best friend of just about every UK rocker, Ronnie Wood.