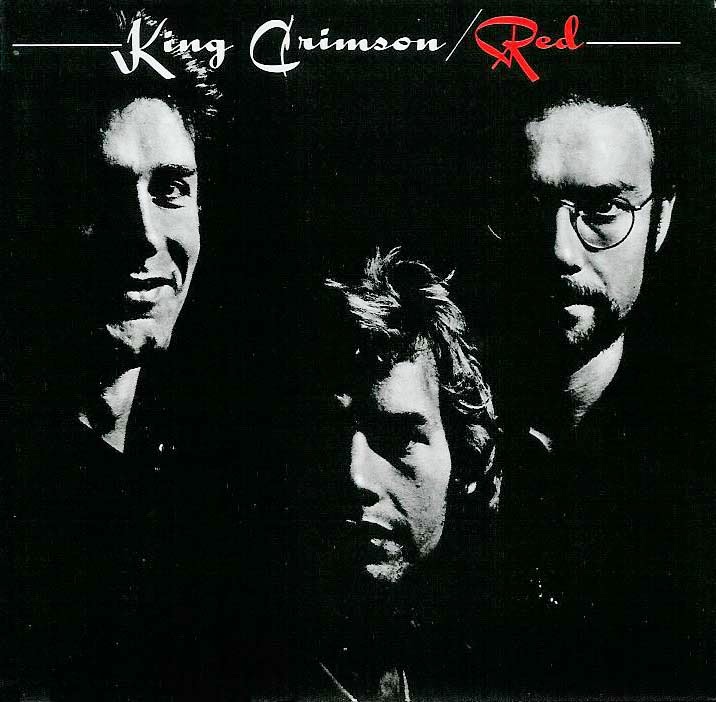 Its fans, who numbered among them the late Kurt Cobain, have called King Crimson's dark, heavy, and musically rich Red the first grunge album. I don't know about that. I do know King Crimson had come off a frustrating tour of the US when they entered the studio as a trio. Violinist David Cross, having departed right after the tour, does contribute to the live track "Providence" which was recorded in the Rhode Island state capitol.

Robert Fripp was ready to disband King Crimson. As the Beatles did with Abbey Road, the members of King Crimson wanted to make their last album something special. At the same time, Crimson's only founding member, Robert Fripp, made the decision not withhold all judgement on the proceedings.

Drummer Bill Bruford is quoted in The Mojo Collection :
Robert had 'decided to withhold the passing of my opinion' which meant you'd do a take and you'd say ' What do you think, Robert?' Nothing. Nothing at all. He had decided the way to Nirvana was not to express an opinion - and it seemed to ( bassist, vocalist) John Wetton and I more or less moved his hand about on the fretboard.

Fripp's opinions are in his guitar work which is absolutely furious. It would be seven year before Fripp and King Crimson would record another album. Red remains one of progressive rock's most resounding statements. But maybe I wouldn't play it for your mom.