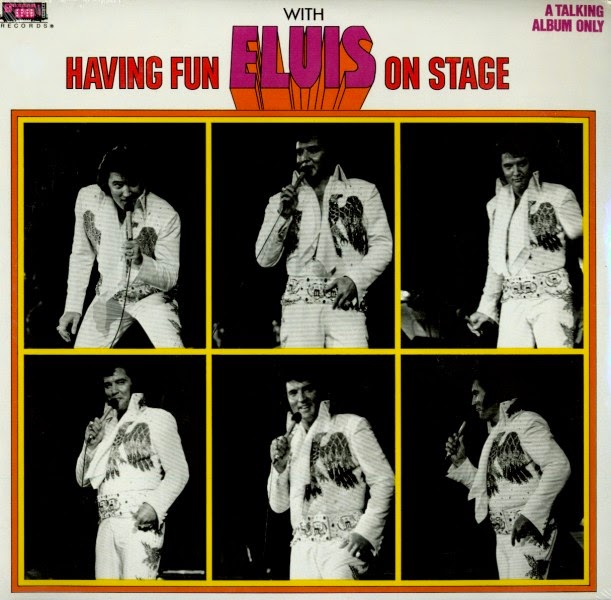 It has been described as the ultimate Elvis throw-away and as an "auto wreck that somehow plowed into a carnival freak show". Having Fun With Elvis On Stage is a live recording of Presley monologues and interactions with the audience.

There is no music.

Apparently Col. Tom Parker discovered if Elvis never actually sang a song, RCA Records wouldn't own the rights. So the album was released, in October of 1974, on Parker's own Box Car Records label...with a deceptive cover. Eventually RCA did get the rights to the album. The label was responsible for the tag at the top right: " A Talking Album Only" 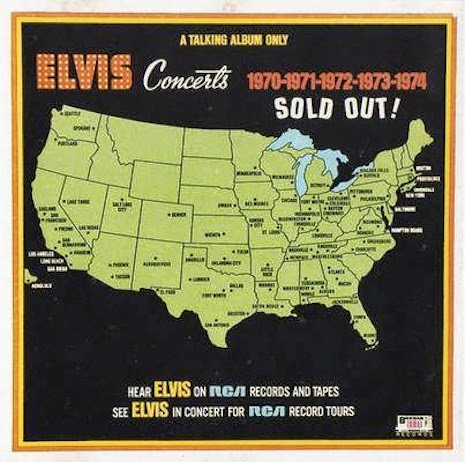