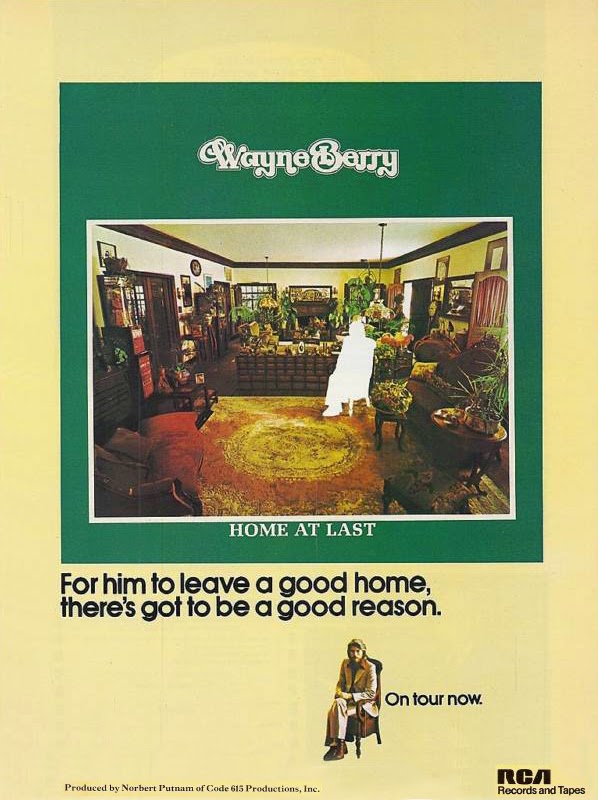 How did a guy we've never heard of get Jackson Browne, Jeff "Skunk" Baxter and the best session musicians in the world to play on his album Home At Last, released in October of 1974? I mean guys who worked in Muscle Shoals, Area Code 614,  and with former Beatles ( namely Jesse Ed Davis).  Well, Berry was a well-traveled musician and songwriter who made a lot of friends in the South where he grew up and in LA where he befriended both Browne and members of the Eagles.

It was Wayne Berry's turn to get a shot and he made the most of it. RCA took out a full page ad in Billboard Magazine . Unfortunately, halfway through touring the album, things fell apart. Badly. His story can be found here. In the meantime, Berry's  highly sought after singer-songwriter classic, Home at Last, sells for more than $100 a copy. Or you could check in with my friend Willard...