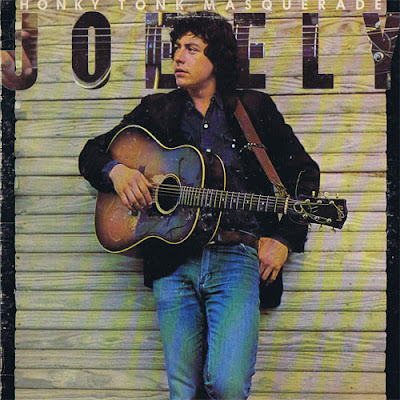 In the Spring of 1978 Joe Ely released the critically acclaimed Honky Tonk Masquerade, his second album for MCA. Robert Christgau gave the album a A rating, writing "there hasn't been anything like this since Gram Parsons was around to make Grievous Angel, or do I mean Gilded Palace of Sin?"

Today, as one of the founders of The Flatlanders with Jimmie Dale Gilmore and Butch Hancock, Ely is recognized as one of the godfathers of alt country, but in the late 70's he never achieved more than a cult following, even after The Clash invited him on their US tour.

Born in Buddy Holly's hometown, Ely's music reflected his West Texas heritage. You'll hear country, rock, some Louisiana accordion and Mexican horns, all recorded with care in a Nashville studio by Chip Young. The result is a timeless album.

Although it didn't achieve much commercial success, Honky Tonk Masquerade made 1001 You Must Hear Before You Die, suggesting Ely "proved too individual for country radio and too country for rock radio.".