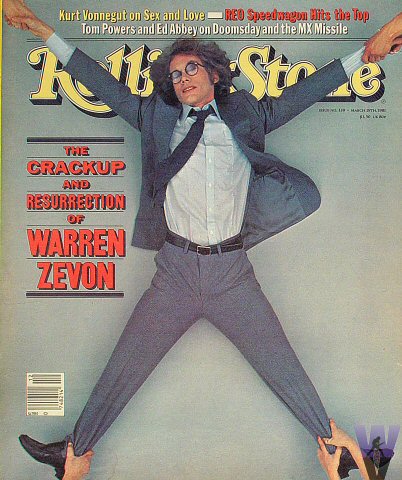 On March 25, 1978 Warren Zevon's "Werewolves of London" debuted on the Billboard Hot 100 chart at #76. It would be his biggest hit, peaking at US#21. The song featured Fleetwood Mac's Mick Fleetwood on drums and John McVie on bass, as well as co-writer Waddy Wachtel on guitar.  Roy Marinell also collaborated on the song with Zevon. In Crystal Zevon's I'll Sleep When I'm Dead : The Dirty Life and Times of Warren Zevon,  he remembers the song getting knocked out in about 15 minutes.

The story starts out with Crystal, Warren, and me sitting around my house in Venice...Actually, Phil Everly likes to stay up all night and watch old movies, and he had talked to Warren about a great English movie called Werewolf of London that was made in 1930. He thought we should write a song called “Werewolves of Lon- don” and make it a dance craze. So, Warren was telling me the story and I said, “What a great idea.” Waddy walks in and he said, “You mean, ah-oooh.” We said, “Whoa, great.”


I had this great lick—dum dum, dum dum, dum dum dum dum—I’d been carrying around for years. Knew it was a good lick but no idea what to do with it. So, I was playing that lick, Waddy did the “Ah-ooh,” and Warren said, “Waddy, you sing the first verse.” Then Warren wrote the second verse, and I wrote the third verse. 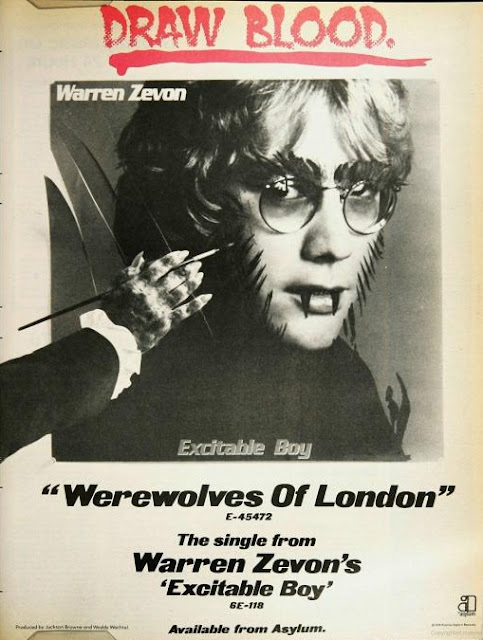 Now, I must say that I did have a little to do with Warren’s verse. He had said originally, “An old lady got mutilated last night,” and I said, “Why don’t we make this really an example of alliteration...little old lady got mutilated late last night.” Of course, Warren, literate fellow that he was, loved it. We finished the song and Crys- tal said, “Wow, what a great song.” Fools that we are, we said, “You think it’s so great, why don’t you write it down?” Otherwise, that song never would have gone anywhere.
at 2:00 AM