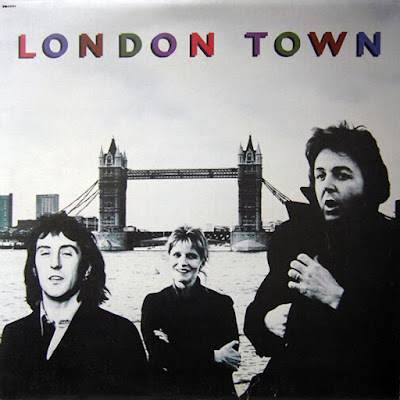 On March 31, 1978 Wings released the Top 5 album London Town, recorded for the most part a year earlier aboard the Fair Carol, a yacht in the Virgin Islands where mishaps occurred on a fairly regular basis. Road Manager Alan Crowder slipped and broke his foot. Denny Laine got heatstroke.Jimmy McCulloch temporarily lost his hearing and Geoff Emerick electrocuted himself.

My 14 year old self liked the album. 40 years later, I'm not as impressed.

The most promising song on this lightweight album is the rocking "Backwards Traveller". It's only 69 seconds long. The demo version is nearly four minutes long. Why it wasn't finished remains a mystery to many fans. Maybe Paul wasn't a fan of the lyrics ( I am the backwards traveller /Ancient wool unraveller /Sailng songs,/wailing on the moon)

It was relegated as one half of the B side to the US #1 single, "With a Little Luck".

The critics were writing McCartney off, even while lukewarmly recommending his albums.

Here's Robert Christgau, who gave London Town a B grade:

McCartney's lyricism is so capricious, so given to inanity and icky-poo, that only at its very best--"With a Little Luck" and the affectionate goof on "Famous Groupies"--does it come on strong. But from its slices of life to its romantic reassurances this is nowhere near as feckless as the Old Band on the Run claque claims--even on the one about the fairy who'll invite us to tea Linda adds a few harmonies that are as charming as they're meant to be. And at the very least you have to be impressed by how steadfastly Paul has resisted supersessions--he's been loyal to his group, which has now recorded longer than the Beatles. 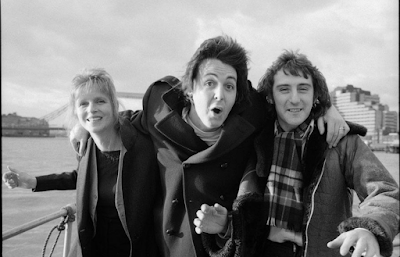 And from Rolling Stone's Janet Maslin :

London Town is so lighthearted that the album's feeling of familial strength and affection is virtually the only thing that binds it to earth...Even the best songs here — and a couple of them, like "Deliver Your Children" and "Children Children," are just wonderful — sound as if Wings were only half trying.

The US #25 hit "I've Had Enough" benefits from being the one snarler on the album. It sounds contemporary, as opposed to the title track , written in 1975, sinks in a swamp of synthesized goo.