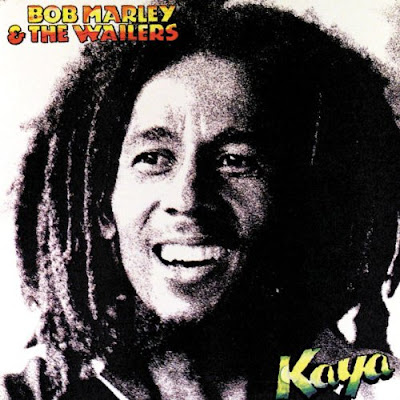 Bob Marley and the Wailers : Is This Love

On March 23, 1978 Bob Marley and the Wailers released Kaya, a mellow collection of songs recorded in the same London sessions that yielded Exodus. Why was it called Kaya?

"Kaya means herb,"Marley explained to Ian McCann. "So Kaya is really dealing with togetherness and humanity and peace, (because) the things of peace travel through the earth now. Yes, Rastaman Vibration and Exodus were 'arder. This time we dealing with something softer".

After the 1976 assassination attempt, Marley had every excuse to tone the politics and focus on love and marijuana. But not every one bought the excuse. Lester Bangs, in a Rolling Stone review, was among the first to call Kaya a sell out:

This is quite possibly the blandest set of reggae music I have ever heard, including all the Engelbertisms of would-be crossover crooners like John Holt. It's pleasant enough if you just let it eddy along, but nothing on the ten cuts pulls you in like the hypnotic undertow of Burning Spear's Marcus Garvey, haunts like the best from The Harder They Come soundtrack or churns up the guts and heart like Toots and the Maytals. Musically, Kaya is a succession of the most tepid reggae clichés, pristinely performed and recorded, every last bit of tourist bait (down to the wood blocks) in place just like a Martin Denny record. Marley sings in a cheerful lilt light and bouncy enough for panty-hose commercials. Four hundred years? Concrete jungles? Burning and looting? Pass the Man Tan, Irma.

Robert Christgau was taken with the album, grading Kaya with an A- and writing

If this is MOR, it's MOR like good Steely Dan--MOR with a difference. Marley has sung with more apparent passion, it's true, but never more subtly, and his control of the shift in conception that began with Exodus is now absolute. He hasn't abandoned his apocalyptic vision--just found a day-to-day context for it, that's all.

I've always enjoyed the easy skanking vibe of Kaya, the perfect soundtrack to a misty morning.

Labels: 1978, Bob Marley and the Wailers, Is This Love, Kaya