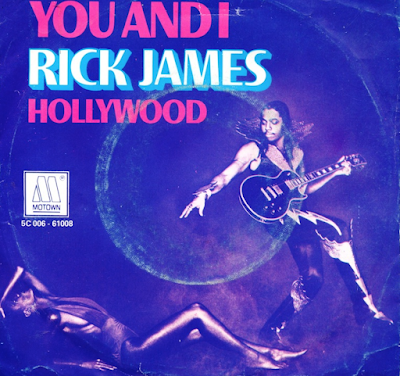 On March 16, 1978 multi-instrumentalist punk funkster Rick James released his first single for the Gordy label, the US R+B #1 smash "You And I".  James had come along way from his days in The Mynah Birds with Neil Young, Bruce Palmer ( Buffalo Springfield) and Goldie McJohn (Steppenwolf). Signed to Motown, the corn-rowed performer would release his first album, the million selling Come Get It later in 1978. He's have a good four year run culminating with "Super Freak" in 1981.