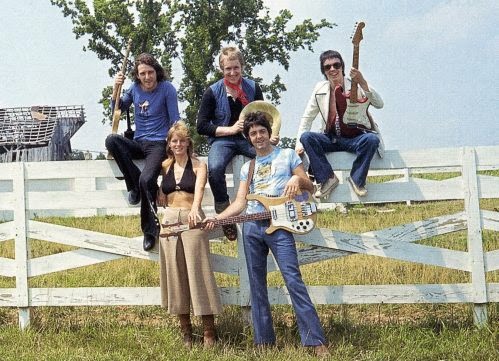 For six weeks in June and July of 1974, Paul and Linda McCartney and the rest of Wings lived, rehearsed and recorded in Nashville, TN. The McCartneys rented  "Junior's  Farm" , a nice stretch of land  belonging to songwriter Curley "Green Green Grass of Home" Putnam, Jr.

"I rather fancy the place. It’s a musical center. I’ve just heard so much about it, that I wanted to see for myself." McCartney told reporters.

It was a productive time for Wings. They broke in their new drummer Jeffery Brittain and new guitarist Jimmy McCulloch and recorded both the hard rocking "Junior's Farm" and "Sally G", the highest charting Country song McCartney's ever recorded. (It peaked at #51).

It wasn't all business. The McCartneys brought their three daughters, 11-year-old Heather (Linda’s child by a previous marriage), 5-year-old Mary and 3-year-old Stella.

"They’re always running around naked streaking,’ Linda laughed. Her husband interrupted, "Remember that night they went over to Johnny Cash’s house? Heather (their 11 year old daughter) was playing with Johnny’s son and some animals in the barn." 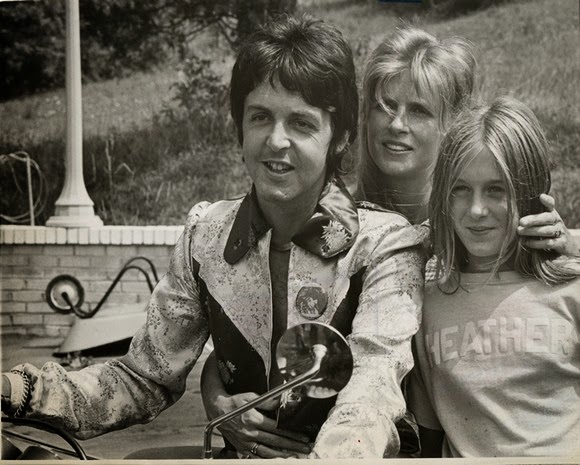 McCartney said they hadn't come to Nashville to hide out and even invited reporters to swing by the house sometime. They did of course. And wrote of a man who seemed comfortable with farm life...though not enough to make a permanent move here. 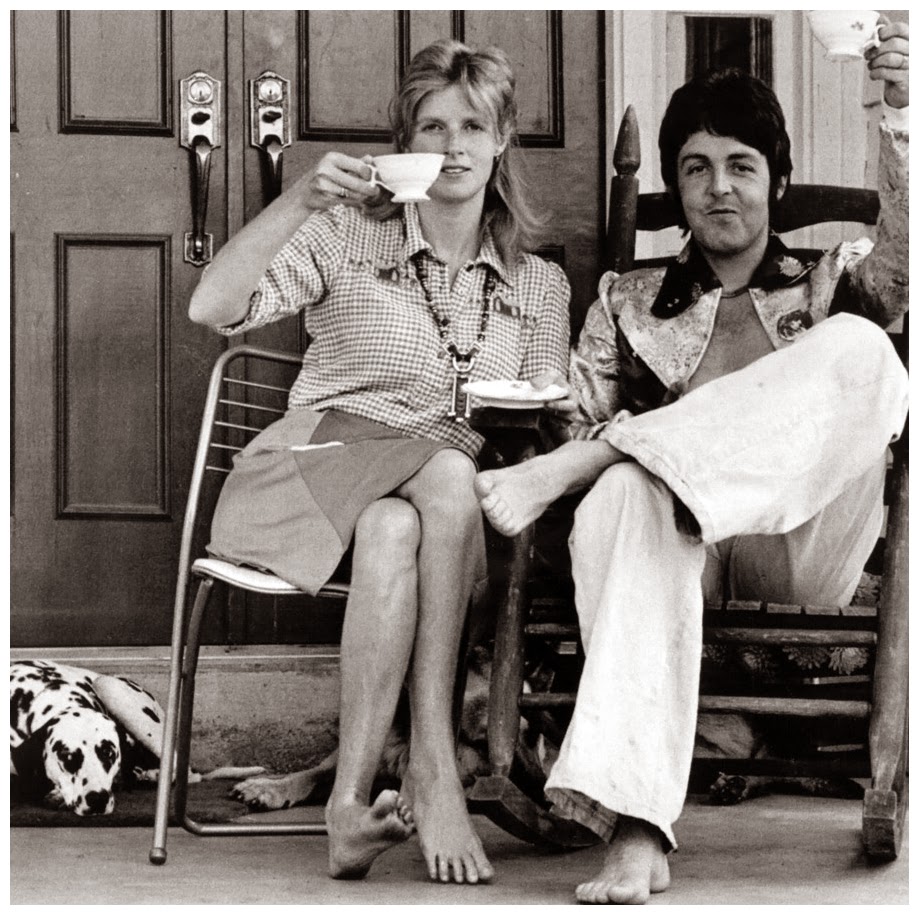 "We’re always being advised to move out of England because the taxes take 90% of everything you earn. But I’m British and Linda’s kind of honorary British. She makes a good cup o’ tea." 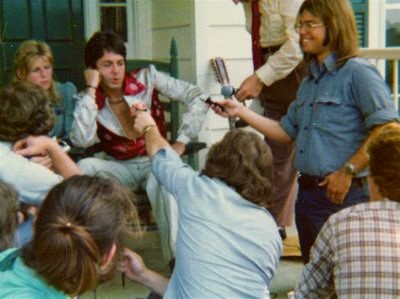 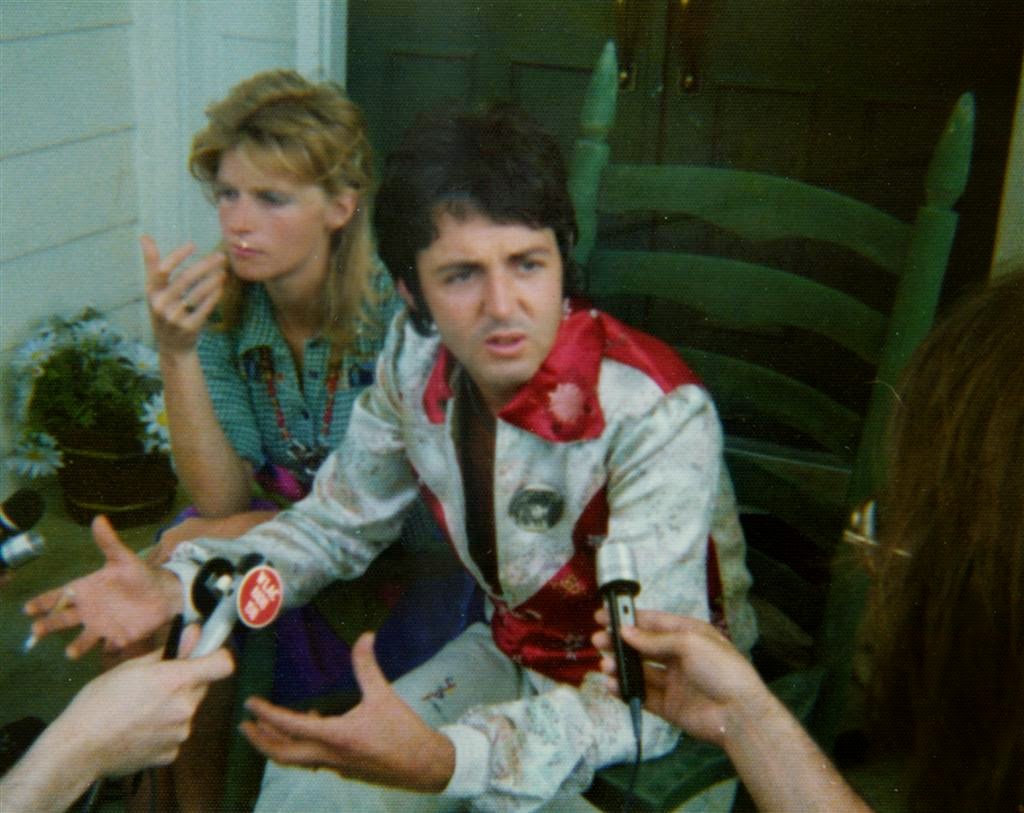 McCartney was also asked about his guitarist Jimmy McCulloch whose very first recording with Wings was "Junior's Farm". Apparently Jimmy got into some trouble with the law and had to leave town. "I'd rather not bring that up here" McCartney said.

He was, however, more than willing to show the reporters his skills on a small motorcycle. 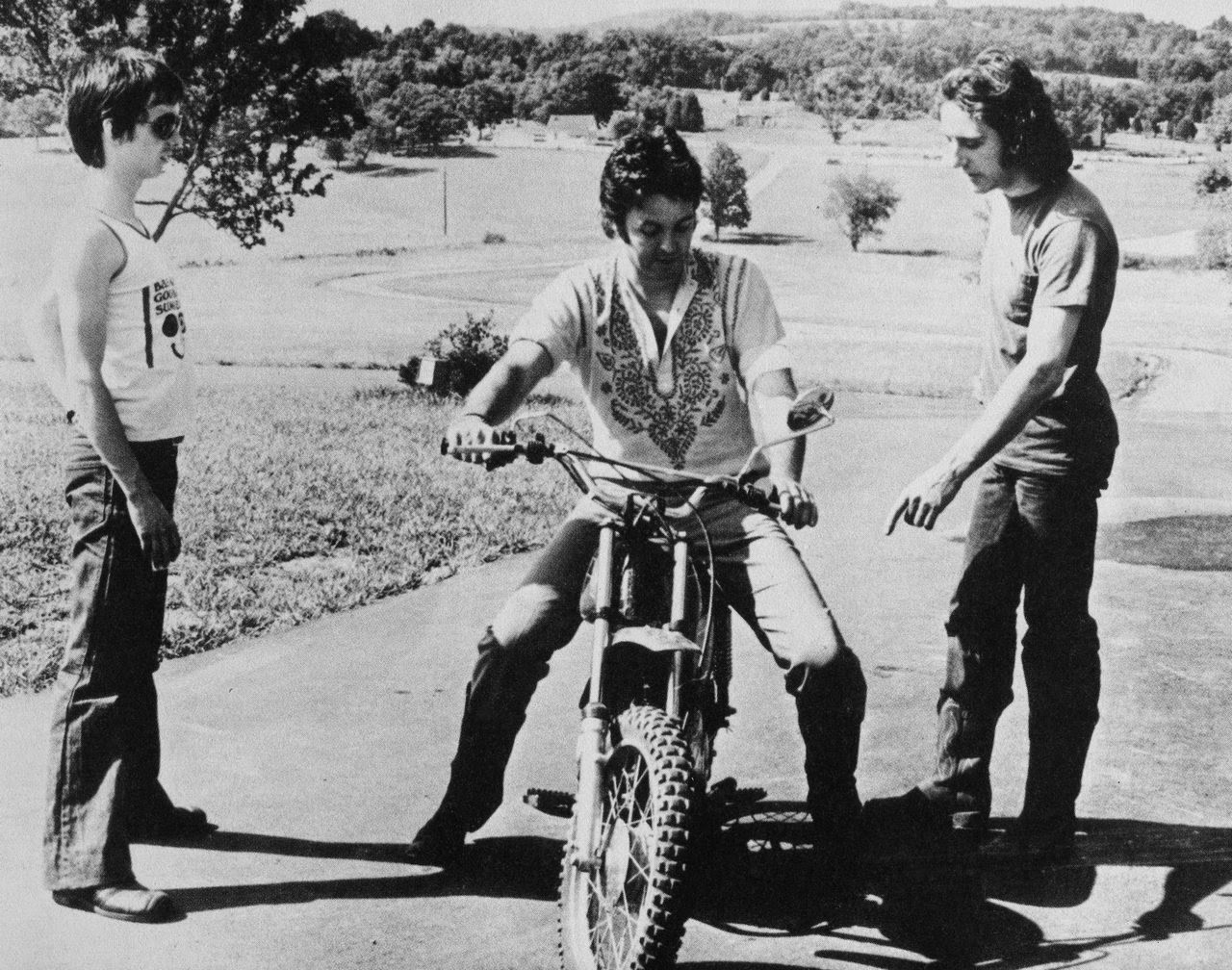 A security guard remarked: "The next headlines he (McCartney) makes will be about a motorcycle wreck. He doesn’t know how to drive that thing."

One more recording of note is "Walking in the Park With Eloise", a tune Paul's father had written. McCartney recorded it with "The Country Hams", Chet Atkins and Floyd Cramer. As a B side they also recorded a jazzy demo called "Bridge Over the River Suite".


He'd met the country stars at the Grand Old Opry where the McCartney attended a Grand Masters Fiddling Contest. Among the contestants was Sam Bush. The McCartneys also met Dolly Parton and Porter Waggoner.

As they were leaving Nashville, Linda McCartney summed up the stay:

"We love it," said Mrs. McCartney. "The girls got suntans; I did some shopping at the Nashville stores and we enjoyed visiting places and meeting nice people."