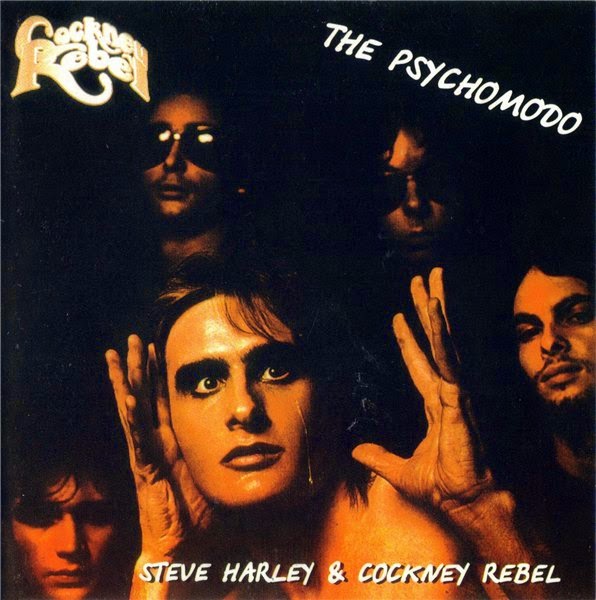 “Maybe in six months’ time, some perceptive journalist will say, ‘Didn’t Steve Harley do this a year ago and didn’t we say it was rubbish?’”-Steve Harley to NME , 1974


On June 2, 1974 Cockney Rebel released its second album, Psychomodo. This follow-up to the sensational Human Menagerie only upped the ante. Psychomodo is an even stranger, sleazier and more sinister soupcon of atmospheric art rock. Good thing too. The band's first hit single, "Judy Teen", had just hit the UK Top 5. Cockney Rebel didn't have to chase the latest pop convention. They'd become it.

And Cockney Rebel had made it big without the help of NME and Melody Maker whose critics were apparently turned off by Harley's snotty and arrogant gum-chewing attitude. It was NME that called the band "mincing Biba dummies" --Biba being a London fashion term.

Harley saves his retort for "Sweet Dreams",  the opening cut of the Alan Parsons produced Psychomodo.

He saves another stinger for the final track, "Tumbling Down":

Gee, but it’s hard when one lowers one’s guard to the vultures
Me, I regard it a tortuous hardship that smoulders
like a peppermint eaten away
will I fight, will I swagger or sway?

Harley's difficult personality and a very long tour of the UK ( with Be Bop Deluxe) had unforseen results. Cockney Rebel "rebelled". The band walked out on Harley.

But Steve Harley would have the last laugh. In early 1975 his single "Make Me Smile (Come Up and See Me)" hit #1 and sold more than a million copies.