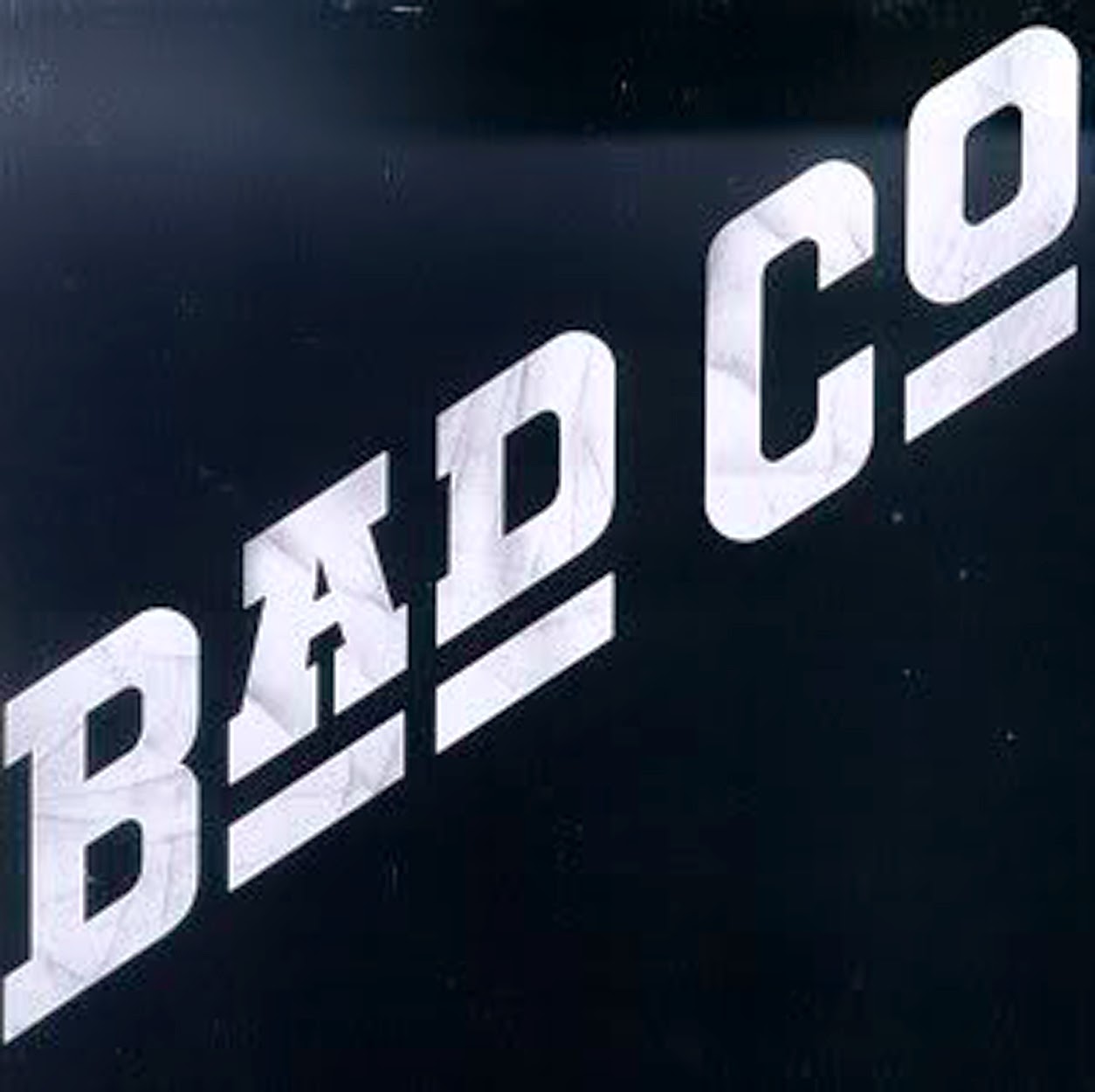 This is just like your first group, everything you do excites you
-Mick Ralphs, Rolling Stone

Walking out of a screening of Casablanca a few decades ago, a friend of mine told me he didn't like the movie. Why? Because, he said, it was wall-to-wall cliches. He felt like he'd seen it before. Well, of course they weren't cliches when Casablanca first came out. The movie has just become so big and influential, you almost never have to see it ...to feel like you've seen it. 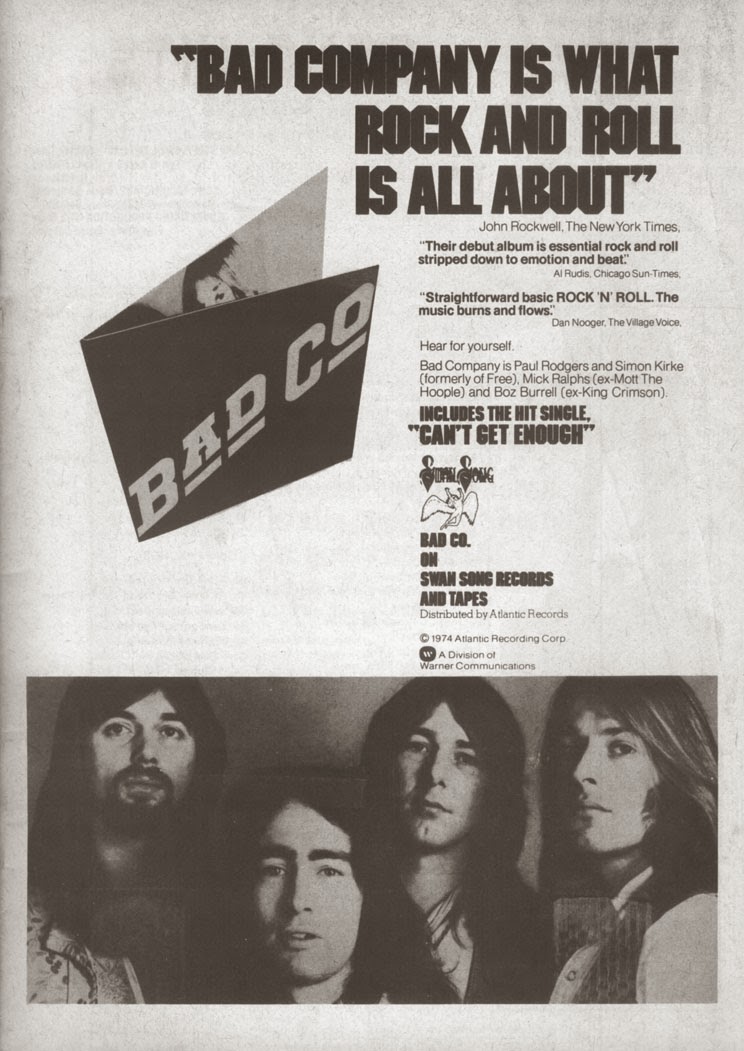 The same with the Bad Company debut. Every riff, every solo, every soulful Paul Rodgers wail will sound familiar even if you've never sat down with the album. Bad Company had distilled every great blues-inspired hard rock element into one classic 34 and a half minute album. The result:  at least five of the 8 songs are still getting played on Classic Rock radio. In fact this album would probably sound too straightforward if it wasn't for Rodgers's voice.

Bad Company is made up of two former Free men : Rodgers and drummer Simon Kirke. Mick Ralphs of Mott the Hoople plays guitar and contributes to the songwriting. The bass player is a former member of King Crimson,  Boz Burrell, who had to beat at least 15 others who auditioned. 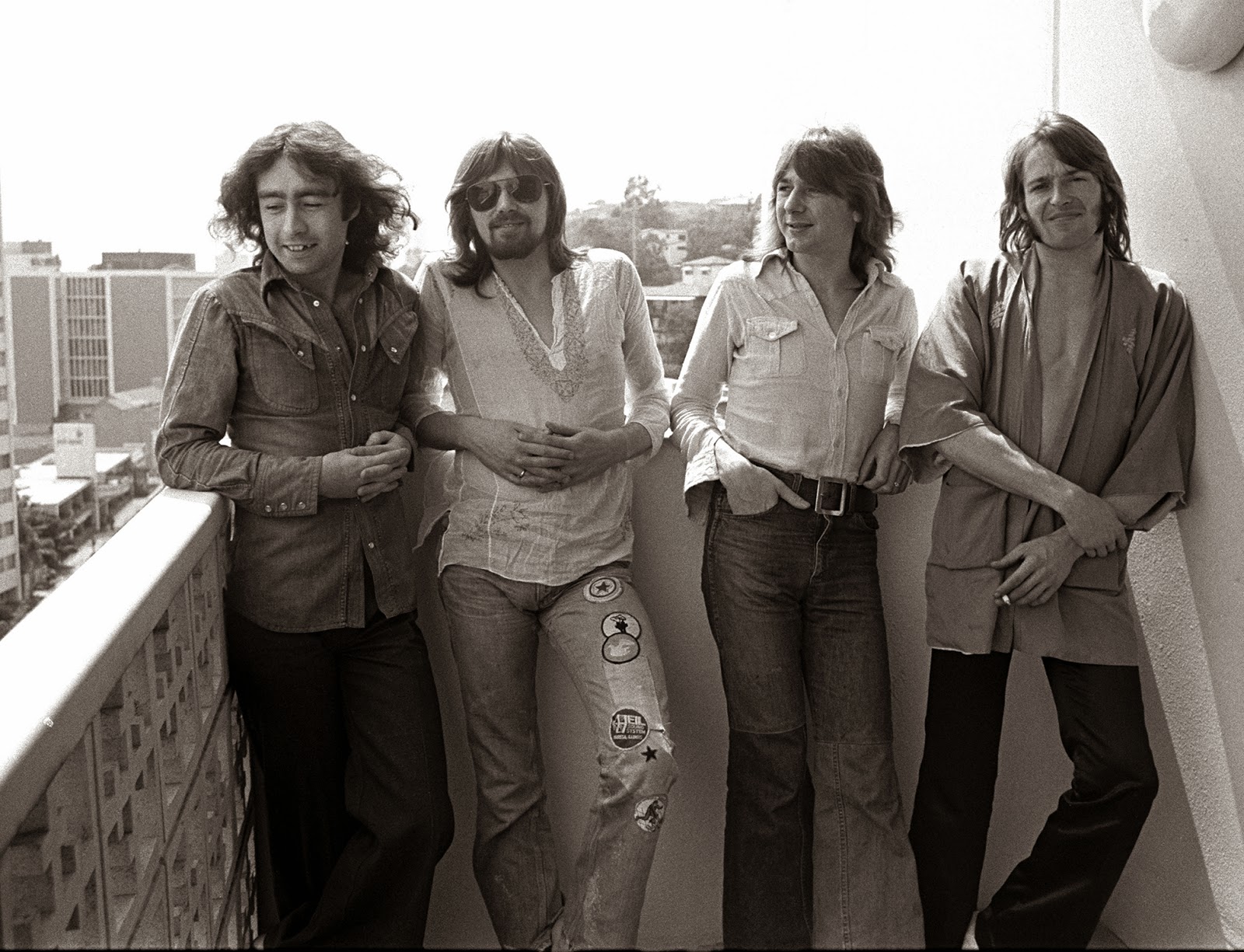 Signed to Led Zeppelin's Swan Song label, Bad Company took advantage of a lull during Led Zep's recording schedule and knocked out this album in eight days. Mott fans will recognize "Ready For Love" from All the Young Dudes. The "Can't Get Enough Of Your Love" riff comes from the same album's"One of the Boys". Even "Don't Let Me Down" has more than just the title in common with The Beatles tune.

Still, the album would top the Billboard album charts in late September ( knocking Stevie Wonder's Fullfillingness' First Finale from #1). Bad Company would rule the rest of the 70's and provide a blueprint for many bands to follow.
at 2:00 AM