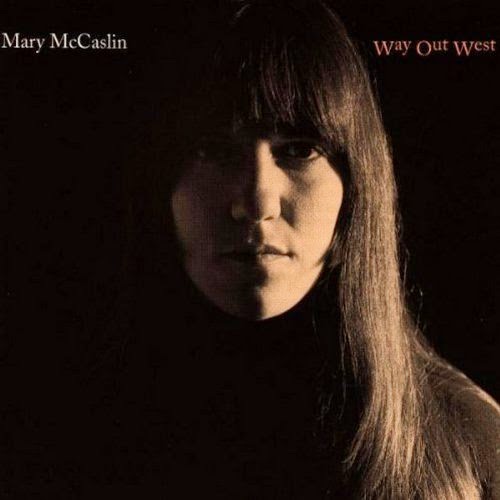 In 1974 Rolling Stone wrote a short blurb about an"exceptional album which virtually no one will hear". The album is Mary McCaslin's Way Out West, which remains an obscure record beloved by lovers of contemporary folk. She's the real deal: beautiful compositions, alternate guitar tunings and a lovely voice that reminds me of Iris Dement without the edge. The album is linked by a similar theme: a young woman seeking love in the West and running into misadventures that would make Liz Phair blush.

(If you only have a minute and need a more obvious introduction to Mary, listen to her Beatles cover "Things We Said Today" from a later album).

McCaslin made three albums for Philo and still performs near her Santa Cruz home. She even maintains a website. To give Rolling Stone's Ken Barnes the final word: Way Out West is far superior to most of its genre and is well worth the effort of seeking it out.