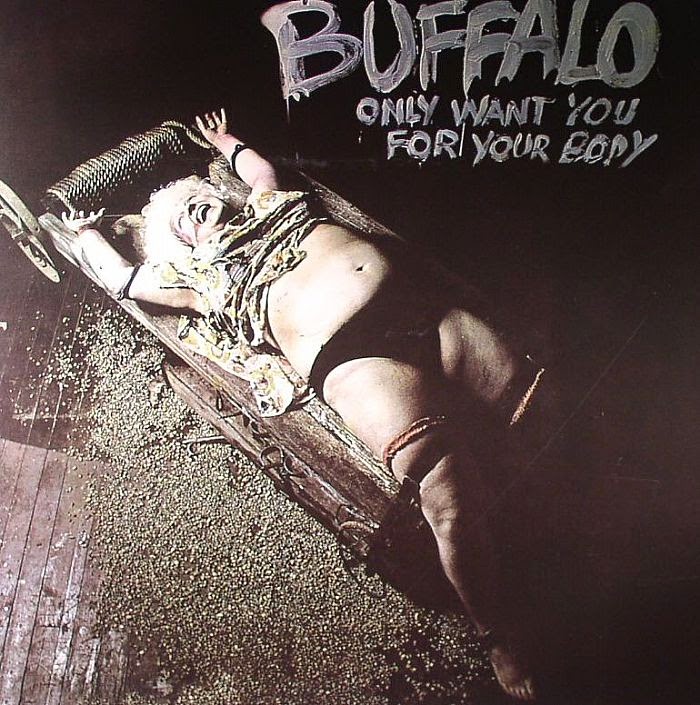 Ignore the misogynistic cover ( if you can) and just spin the black circle for some of 1974's hardest rocking heavy metal. Had this album come out of Seattle in 1991-- instead of Australia in the mid-70's--  it would have sold half a million copies in the US. I'm serious. Dave Tice sounds like Chris Cornell and , like Kim Thayil, John Baxter is a riffing madman on guitar. Buffalo even recorded a song inspired by Tacoma author Frank Herbert 's Dune sequel Dune Messiah. Less sludgy than Volcanic Rock, Only Want You For Your Body is the kind of high octane metal that can only be played at 11.

For me, here's where the Buffalo story ends. You don't want to know what happened to the band as it pursued commercial viability without badass Baxter. You really do not.  But if curiosity has the best of you play the clip below.

Labels: 1974, Buffalo, Only Want You For Your Body