On March 26, 1976 Graham Parker and the Rumour released the Nick Lowe produced single "Silly Thing". Sure, it sounds like something Van Morrison might have released a few years earlier, with its Stax-influenced horns, its playful piano lines and the "hey hey"s in the chorus. But Graham, who two years earlier was a gas station attendant before Stiff Records founder Dave Robinson discovered him, wasn't trying to obscure his Cockney accent. That --and his contempt for, well, everything--was something he would emphasize as his career took off, inspiring every UK punk rocker to follow suit no matter where they came from. The song came from his forthcoming album, Howlin' Wind, one of the year's most critically acclaimed records. 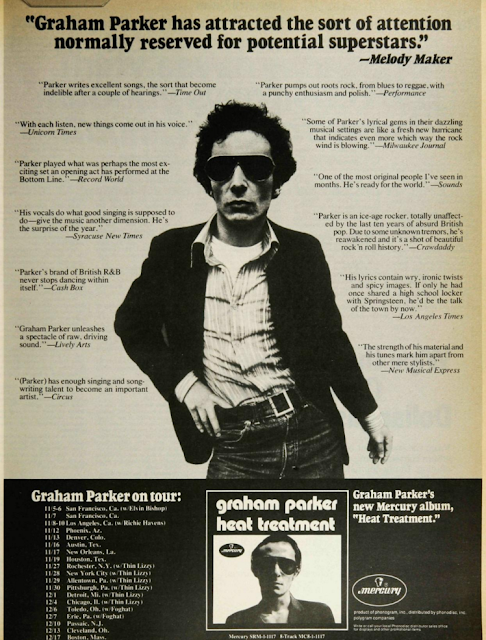