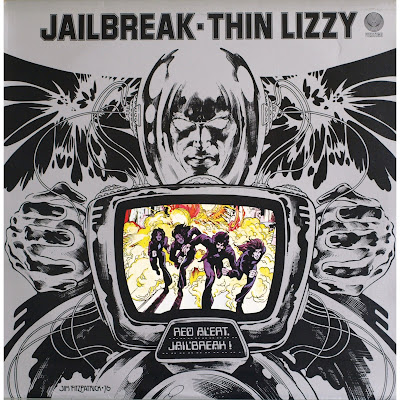 On their make it or break it sixth studio album, Jailbreak, released on March 16, 1976, Thin Lizzy delivered the goods. There's more swagger on this album anything Bruce Springsteen released, though Phil Lynott admits the Boss may have helped Thin Lizzy finally break out: "Suddenly there was this Yank writing the same kind of songs as we were, the romantic street-fighting thing, and maybe people started looking around for something similar, a little closer to home".

Not everyone was kind about their own comparison. Robert Christgau gave Jailbreak a B-minus writing : "The proof of how desperate people are for new Springsteen is that they'll settle for this -- even "The Boys Are Back in Town" is the sort of thing that ends up in Bruce's wastebasket. If Irish teen traumas are as boring as Phil Lynott's descriptions of them, it's no wonder they have trouble maintaining their birthrate. And if Irish teen traumas are as secondhand as Scott Gorham's guitar lines, the Irish will probably end up preferring Springsteen too." 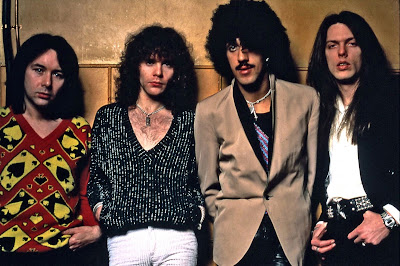 History shows this was one of those rare times the dean of rock critics got it wrong, especially about "The Boys Are Back in Town", with its twin guitar work from Scott Gorham and Brian Robertson. A Top 20 hit in the US as well as a UK#8 hit, "Boys" was an instant classic. My then 8 year old son took to it immediately when I first played it for him in the car. WE were the boys who were back in town as we drove around on our errands.

There was equal menace in the title cut. Such a tough riff! No wonder Thin Lizzy would survive the punk revolution. What punk couldn't appreciate that sound or lyrics like
Tonight there's gonna be a jailbreak
Somewhere in this town
See me and the boys we don't like it
So were getting up and going down... 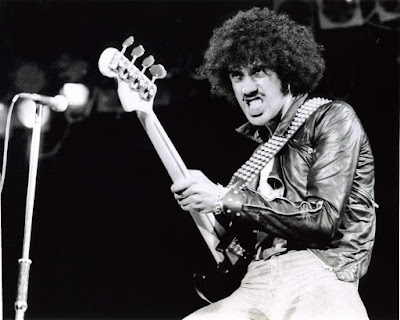 Thin Lizzy were set to take over the world but on the US tour Lynott fell ill with hepatitis. Two years later, with the release of Live and Dangerous, we would all hear what we missed.
In any case Jailbreak is one of the essential albums of 1976. Buy it now!