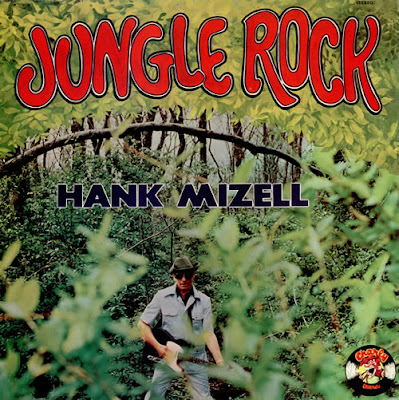 On March 28, 1976 a 53 year old American rockabilly singer named Hank Mizell had a hit song in the UK Top 20. It was called "Jungle Rock" and it was recorded nearly twenty years earlier in 1958 for Eko Records. Charly Records, which specialized in old and obscure music,  released the single apparently without Mizell's knowledge. As the single leapt up the charts, a mad search ensued for Mizell. The Top of the Pops host said "We'd love to have him on the show. Trouble is nobody can find him". With that,  Pan's People performed the song in a memorable costumed romp.

Mizell, eventually located in Tennessee working as a clerk in a shipping office, was convinced to fly out to the UK to help promote "Jungle Rock".  The single would hit #3 in the UK and #1 in Holland