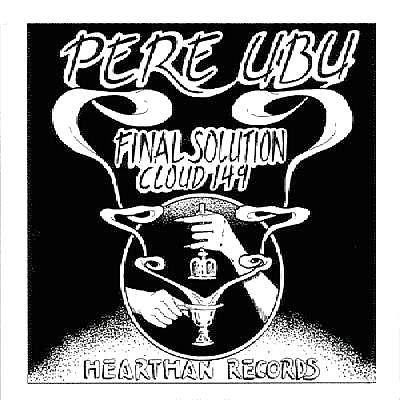 Everything I’ve done has been a failure.

On March 18, 1976,  Pere Ubu released the single "Final Solution" b/w "Cloud 149". No Nazi reference intended, this disquieting, monstrous epic is actually an anthem for the alienated teenager living inside each and every one of us. We're all outsiders. And if we can't get a girl to touch us, at least we have rock'n'roll. As for the sound of Pere Ubu, singer David Thomas once told The Guardian "I used to say that the bass player is actually the band’s guitarist, the guitarist is the bassist, the synthesiser is the vocal and I’m the horn section. "