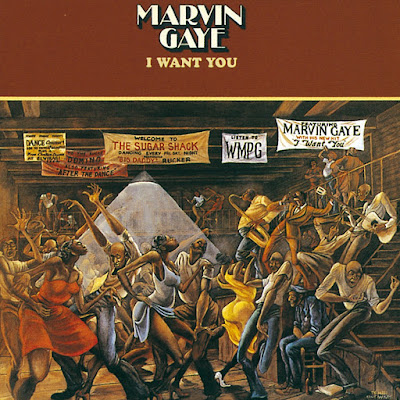 Marvin Gaye : Since I Had You

And just in case lines like "Let me explore all your treasures/ I'll turn you on to all of those freakish pleasures" ("Come Live With Me Angel) or "I'll be stroking you in and out /Up and down, all around /I love to hear you make those sound" weren't explicit enough, producer Leon Ware dropped in enough orgasmic female moaning ( from Gwenda Hambrick) a red-faced NME reviewer wrote "Although getting down, getting mellow, and getting it on are paramount considerations in the privacy of my own home, I don't particularly want to be party to someone else's night life. Not on record anyway ... Like peeking through the windows of the Gaye residence in the wee wee hours. Perhaps that's your kick, but personally I find it a mite frustrating."

Both the title track and the album topped the soul charts.

"Since I Had You" is a deep cut produced by Gaye and Ware.

Leon Ware's Musical Massage, released in September of 1976, is a sampler's delight.