40 Year Itch: The Gig That Changed the World 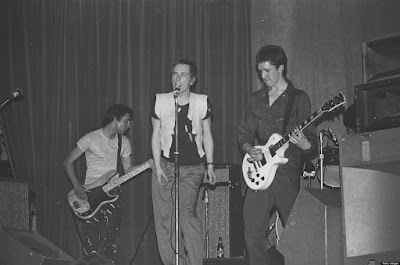 Sex Pistols : Did You No Wrong

On June 4, 1976 The Sex Pistols played in front of maybe 40 people at Lesser Free Trade Hall in Manchester. It has been called one of the most legendary gigs in rock history, not just because of the band on the stage but also because of the number of future bands that would be formed by members of the audience. Among them: Joy Division, The Smiths, The Fall, and The Buzzcocks.

It was all documented in this scene from the movie 24 Hour Party People, though neither Tony Wilson, Ian Curtis nor Simply Red's Mick Hucknall were actually there (but then neither were the other 7500 people who have since claimed to have seen the Sex Pistols play in a space that couldn't fit more than 150).

A band emerged. Who knows what the drummer, bass player and guitarist looked like. The guy who took centre stage took the mike, took your mind. A swagger to make John Wayne look a pussy. A sneer so dismissive of everyone and everything, of God and civilization, in just one pair of twisted lips. And then they started playing… 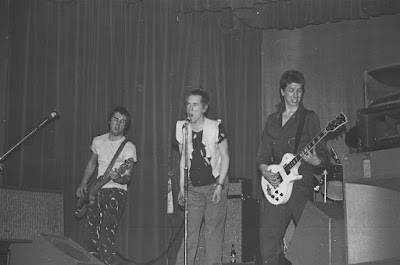 They stared, open-mouthed, transported to a place where you didn’t need to pogo (it wasn’t invented till three months later). That place was real life; that place was the clearing in the undergrowth where meaning and elucidation live, that place where the music came from and the place it would take you back to.

But they knew nothing, these forty-odd strangers, gathered by chance and chat, they just knew their world would never be the same again. A past obliterated and No Future. 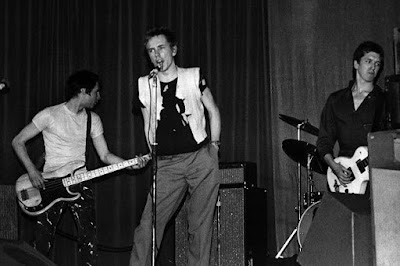 The band opened with future B side "Did You No Wrong" . The set included future Sex Pistols classics "Seventeen", "Submission", "No Feelings", "Problems" and "Pretty Vacant" as well as covers of Dave Berry's "Don't Give Me No Lip Child", The Monkees' "(I'm Not Your) Stepping Stone", Small Faces'"What'cha Gonna Do About It", Iggy and the Stooges' "No Fun" and The Who's "Substitute".

Also in the audience was future Smiths frontman Steven Morrissey who penned the following review in a letter to NME. 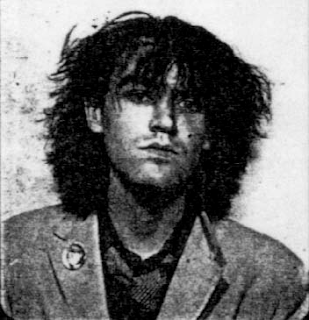 “I pen this epistle after witnessing the infamous Sex Pistols in concert at the Manchester Lesser Free Trade Hall. The bumptious Pistols in jumble sale attire had those few that attended dancing in the aisles despite their discordant music and barely audible lyrics. The Pistols boast having no inspiration from the New York / Manhattan rock scene, yet their set includes, “I’m Not Your Stepping Stone”, a number believed to be done almost to perfection by the Heartbreakers on any sleazy New York night and the Pistols’ vocalist / exhibitionist Johnny Rotten’s attitude and self-asserted ‘love us or leave us’ approach can be compared to both Iggy Pop and David JoHansen in their heyday. The Sex Pistols are very New York and it’s nice to see that the British have produced a band capable of producing atmosphere created by The New York Dolls and their many imitators, even though it may be too late. I’d love to see the Pistols make it. Maybe they will be able to afford some clothes which don’t look as though they’ve been slept in.”