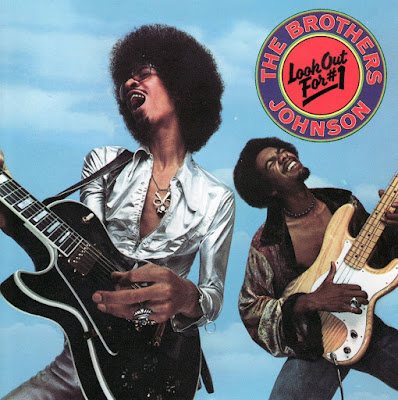 The Brothers Johnson : Get the Funk Out of My Face

Produced by Quincy Jones, The Brothers Johnson's Look Out for #1 lived up to its title for almost the entire month of  June 1976 by staying at the very top of the American R and B charts. The partnership had began on Q's 1975 album, Mellow Madness, when Jones recorded four Johnson compositions. It continued with Jones producing, composing and arranging the first four Brothers Johnson albums which included the popular hits "Get the Funk Out of My Face", "I'll Be Good To You", "Strawberry Letter #23" and "Stomp".