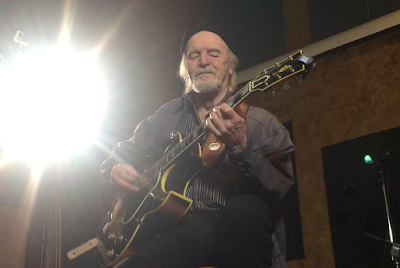 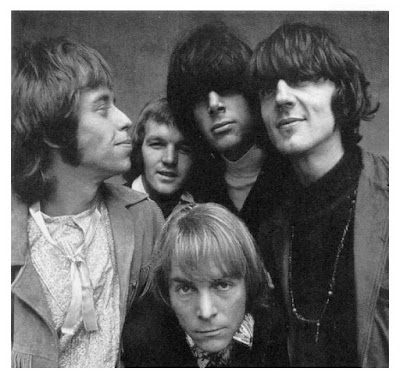 At the very moment Moby Grape should have been one of the biggest bands in the country, it all went to hell. First Columbia put out an unprecedented five singles on the same day, a marketing move that backfired. DJ's didn't know which song to play so most didn't play any of them. Then a drug crazed Skip Spence wound up spending six months in the Bellevue Criminal Ward after taking a fire axe to Miller's hotel room. Finally there were legal woes that prevented the band from using the name Moby Grape. Theirs may be one of rock's legendary hard luck stories but it's all set to the soundtrack of one of the greatest debut albums of all time.

In the interview below, I got a chance to ask Grape guitarist Jerry Miller about the band and to focus on three classic songs from the debut album.

Here are the three songs we focused on.

Jerry : I'd just left my wife. She was gonna go back to Tacoma on the bus and I didn't have no time right then for wives so I'm crossing the Golden Gate Bridge and I ask the guy what time is it and he said 8:05. So I was riding in my 55 Olds Rocket 88 heading towards Sausalito and I said "8:05/I think I'll drive off this bridge/No I won't/Yes I will" but we changed it around.
I went over to Don's and he helped me put the bridge in so we shared the writing on that and we used to share the writing on everything like "Lazy Me", Bob's tune. I put a whole bunch in that and on "8:05" Peter put that beautiful guitar part in front of it.And nobody wanted 5% or 7.5% of this for doing that . It wasn't those types of days. It was "if we can help and make something happen, we'll do it".

Jerry : That started off like ( Slow bluesy) "Hey Grandma/You're so young" and then it ended up being ( faster) "Hey! Grandma! " you know? Put a little youth in there! Skippy ( Spence) was real good at that too. He was full of vinegar.

Jerry : It's just kind of an acid flash, you know (sings at 4:07) "Would you let me/ Walk down the street/Naked if I want to?/Can I buy an amplifier/On time?/Ain't got no money now/But I will pay you before I die"
Some of the people said "No you don't. You pay us way before that."

Jerry Miller has already recorded one perfect album. Now he's trying to make another one. You can help by donating to his kickstarter campaign which ends Friday.