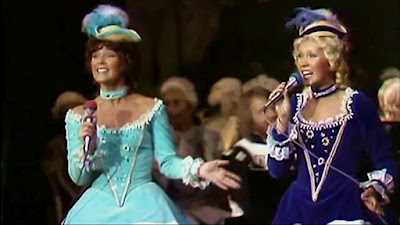 On June 18, 1976 ABBA debuted their new single "Dancing Queen" in its first live performance during an all-star gala at the Royal Swedish Opera in honour of King Carl XVI Gustaf of Sweden and his bride-to-be, Silvia Sommerlath, who were to be married the next day. 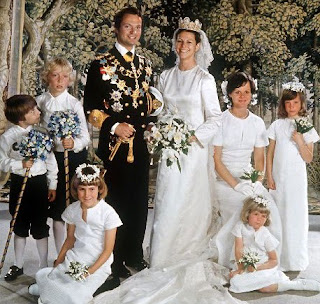 Released as a single in August, "Dancing Queen" became ABBA's biggest hit, charting in the Top 10 in 19 countries and peaking at #1 England, West Germany, Australia, Ireland, Norway, Sweden and, in 1977, the United States.

The song is widely considered one of the greatest pop songs ever recorded. Says one fan who goes by the name Indiepopdiary "'Dancing Queen' is the absolute pinnacle when it comes to the '3 minute pop song'. Nothing released before or since comes even close to replicating the sugar rush and sheer bliss that this song inspires, even from it's first second."

Much of that sheer bliss can be seen in the music video for "Dancing Queen",  which was shot in March of 1976 while the band toured Australia. The song also spiked the ending of "Muriel's Wedding", also shot in Australia. Absolute perfection!