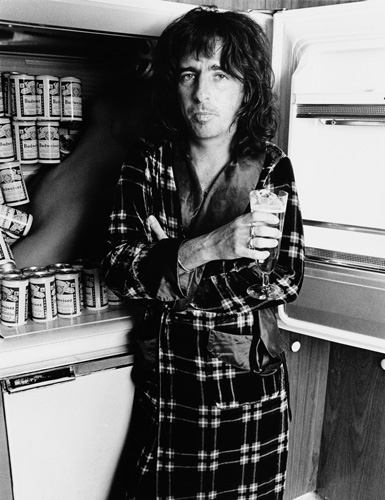 On June 10, 1976 Alice Cooper collapsed and was rushed to UCLA Medical Center with anemia. Under doctor's orders he canceled a thirty-city tour in support of his new album Go To Hell and, instead, spent two weeks recovering in Barbados before returning to LA where he partied and played golf.
Heavy drinking can cause anemia and there was plenty of drinking in Cooper's life. He liked to boast that he drank a case of beer a day to keep fit.  It would all catch up with him in 1977 when he would admit himself into Cornell Medical Centre in New York for nearly a month of sobering up.

The canceled tour advertised below. 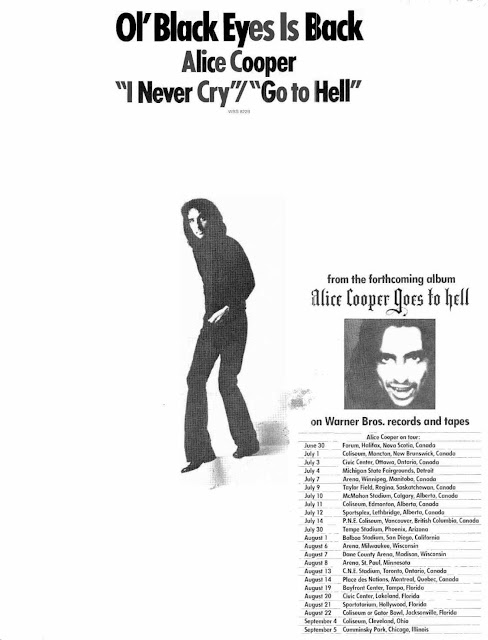