A Little Driving on a Saturday Night 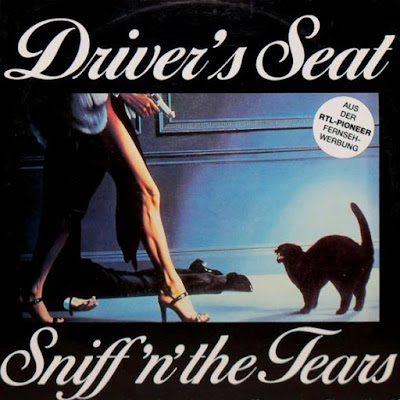 In 1978 Sniff n The Tears released the single "Driver's Seat". One of the all time perfect pop sings, it would take an entire year, until the Fall of 1979, before it would peak on the Billboard Hot 100 chart at US#15. (In November of 1980, the song would hit the Top 10 in The Netherlands). They may have been one hit wonders, but singer Paul Roberts had a second talent he could rely on,as a visual artist. Roberts painted all the band's album covers.