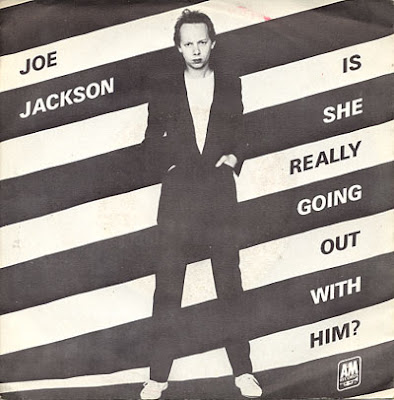 Joe Jackson : Is She Really Going Out With Him?

On October 31, 1978 Joe Jackson released "Is She Really Going Out With Him?",  his debut single and an anthem for any guy who has been placed squarely into the friend zone. Upon its rerelease in May of 1979, it would be a UK#13 and US#21 hit, kicking off a very interesting and varied career.

About the songs origins, Jackson said:

Now, that is just one of those songs that started with the title. I heard that phrase somewhere and I thought that could be a kind of funny song about gorgeous girls going out with monsters. It just started from there. It was just a funny song, or supposed to be funny. It was a great surprise to me when some people interpreted it as being angry.