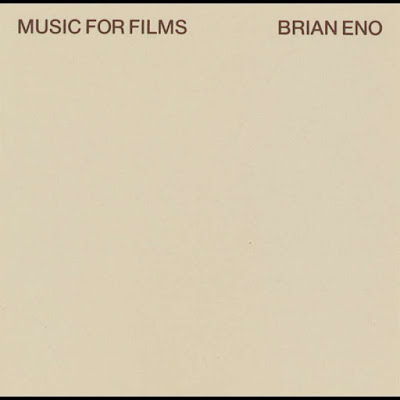 In October of 1978 Brian Eno released Music For Films, a collection of musical scraps and sketches from previous recording projects that had an original 1976  run of 500 copies that were distributed to film production companies. Among the more interesting tracks on the 1978 album are "Two Rapid Formations", an outtake from Another Green World featuring Fairport Convention drummer Dave Mattacks and the viola of John Cale and "M386", a slowed down reimagining of Another Green World's "Skysaw".

Although it comes across as fragmented, Music For Films did make Eno money, with many of the tracks finding their way on to movie and tv documentary soundtracks over the years.

"One of them has been used about twenty-five times in different programmes,’ he told Mojo’s Andy Gill. ‘It’s about thirty seconds long and it took me thirty seconds to make.’

Within weeks,another Eno production would hit record stores. One that couldn't be more different: a collection of underground no-wave rock band called No New York.