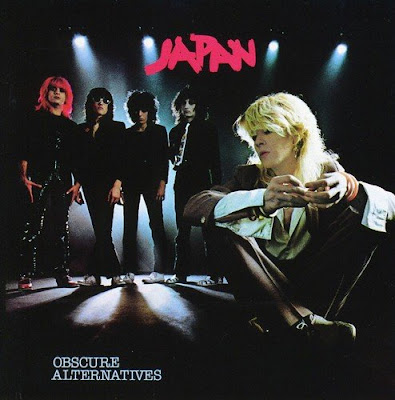 On October 27, 1978 Japan released their second album, Obscure Alternatives, just six months following the debut. It's almost like the band knew they would only be together for four years. Japan, apparently fully recovered from their tour with Blue Oyster Cult and the barrage of tomatoes hurled in their direction, are ready to go for broke. They play glam. They play new wave. They play reggae and on the instrumental "The Tenant", they even play Low era Bowie. Though members of the band shrug off their first two albums, listeners can hear the beginning of the New Romantic sound. And it's actually pretty exciting.

“We were a very self-contained group of people,” songwriter and guitarist David Sylvian told The Quietus. “So we always felt on the outside… of anything, to an extent. We genuinely did not feel part of any movement or genre. Yes, image and presentation had been important to us from the beginning, but it became something I was less and less interested in sustaining. It had been convenient, given me a persona to hide behind. Initially I don’t think I could have walked onto a stage without that. I was just too shy. A mask got me through it. Once I decided as a writer I wanted to express myself clearly, it had to be done away with. Elegance isn’t something that should be contrived.”