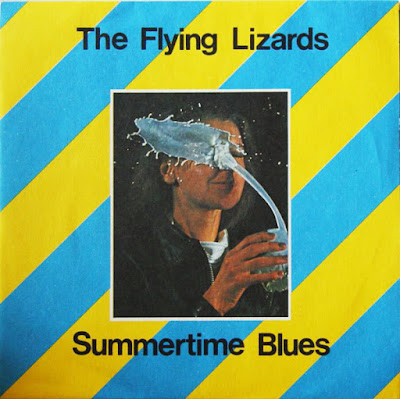 In October of 1978 The Flying Lizards released their debut single, a laconic reading of Eddie Cochran's "Summertime Blues". 1978 was a great year for eccentric covers. Devo's version of the Rolling Stones' "Satisfaction" first comes to mind. Then there's the Talking Heads cover of "Take Me to the River", Sid Vicious's "My Way", The Jam's "David Watts", Blondie's "Hanging on the Telephone". Siouxsie and the Banshees's "Helter Skelter". The Flying Lizards would follow the laconic post rock formula to Hitsville in 1979 with "Money".