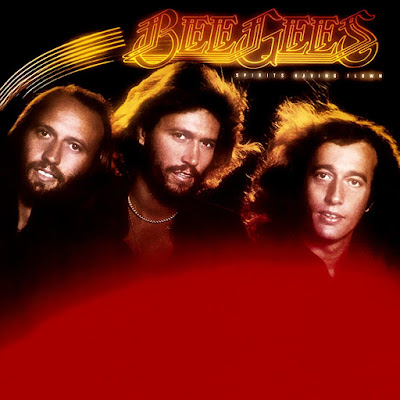 Bee Gees : Too Much Heaven

Following the massive success of  Saturday Night Live , the Brothers Gibb stumbled through the Sgt. Pepper's Lonely Hearts Club Band film and soundtrack before releasing Spirits Having Flown, the #1 album featuring three #1 singles in "Too Much Heaven", "Tragedy" and "Love You Inside Out". Magazine ads declared it "the record the world's been waiting for", and while that may have been true, some critics were less than impressed.

"not a single composition has the ethereal propulsion of "Stayin' Alive," "Night Fever" or "More than a Woman." "Tragedy," the new record's fastest dance number, is a minimelodrama that gallops along on a bed of synthesized lava, with a chorus of bleating seraphs cleaved midway by a thunderbolt. While the gimmickry is clever and the tune irresistible, the whole thing's a bit too self-conscious to take off."

The Village Voice's Robert Christgau agreed in his review, grading the album a B-:

I admire the perverse riskiness of this music, which neglects disco bounce in favor of demented falsetto abstraction, less love-man than newborn-kitten. And I'm genuinely fond of many small moments of madness here, like the way the three separate multitracked voices echo the phrase "living together." But obsessive ornamentation can't transform a curiosity into inhabitable music, and there's not one song here that equals any on the first side of Saturday Night Fiver. 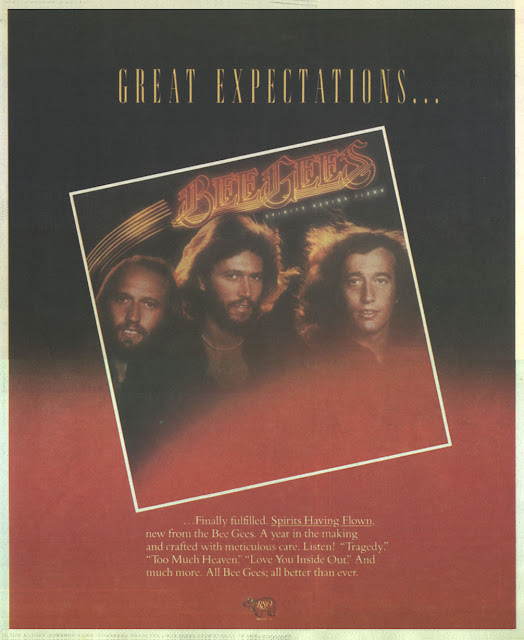 Spirits Having Flown is very much Barry Gibb's record. Consider the single "Too Much Heaven", a bit of a "How Deep is Your Love " re-tread. There are 27 vocal tracks here. Barry is by himself on 18 of them, providing triple tracked high falsetto lead vocals, triple tracked normal lead vocals and 12 harmony tracks. The brothers join in on the remaining nine tracks.

Producers agree Robin Gibb was around quite a bit but Maurice was absent from the sessions more than any other Bee Gees album. He was drinking quite a bit and dealing with severe back pains. Most of his bass parts were recorded by a session musician. Maurice wouldn't get completely sober until after he had pulled a gun on his wife and kids in 1991.

Labels: 1979, Bee Gees, Spirits Having Flown, Too Much Heaven, Tragedy