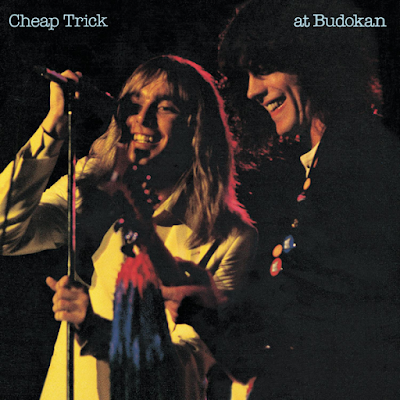 Cheap Trick : I Want You to Want Me

In February of 1979, Epic Records released Cheap Trick at Budokan, the band's all-time best selling album and one of the best selling live albums ever.  All three of the preceding studio albums were critically acclaimed but didn't sell huge numbers in the United States. “If it weren’t for …Budokan,” Robin Zander tells Classic Rock magazine, "it might have been the end for us. We were in debt by about a million dollars. That album saved us from probable obscurity.”

Only in Japan were Cheap Trick a very big deal. All of their albums had gone gold despite the fact Cheap Trick had never toured there.

That changed in April of 1978. When the band landed in Japan, 5000 screaming fans met them at the gate. Rick Nielsen told Time Magazine "We flew coach. We had no idea what was waiting for us. " The band's official photographer Bob Alford tells Classic Rock  “It was just like Beatlemania. Gangs of Japanese fans were chasing them everywhere trying to rip their clothes off. I remember girls hanging out of the side of high speed taxis taking photos, risking life and limb. It was nuts!”

Cheap Trick played two high energy concerts before 14,000 fans at Tokyo’s famous Nippon Budokan and another one in Osaka. The fans went wild. The crowd response was incredible,” Nielsen affirms. “It was so loud it was almost frightening." 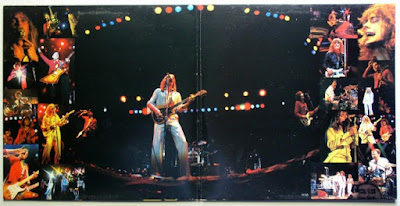 It was the CBS/Sony that label decided to record Cheap Trick at all of the shows and demanded the band play some unreleased songs. That explains the inclusion of the Fats Domino cover "Ain't That a Shame".

As Nielsen tells Time, Cheap Trick at Budokan was never meant to be sold in the United States:

It was supposed to be for the Japanese fans only, but we hadn’t made any special recordings. It was just being taped while we were performing. It wasn’t really planned to be an album. We just played the shows. We recorded in Osaka, Nagoya, Tokyo. And a number of months later, we were asked to mix it. It was Bun E, Jack Douglas and I who went to New York — and there was more material but we were just putting out a singles album. It was one of those ‘don’t worry, it’s supposed to be just in Japan; don’t worry, no one will ever see these pictures’ sort of deals. 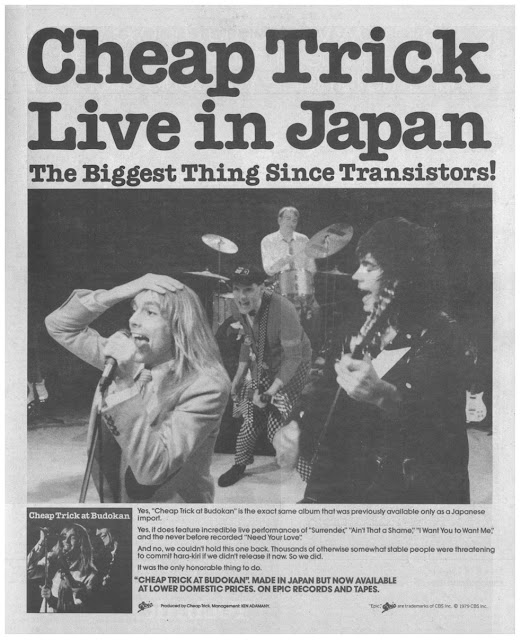 It was an okay big-hit in Japan. There were 30 or 40, 000 people who had seen us over there, who wanted the album. But then it started to get airplay in Boston and they started playing the live version of “I Want You To Want Me” and it started to be a hit — but it was just on this live Japanese album. It eventually became the largest-selling live album import ever, and the record label finally thought, ‘why don’t we release it domestically?’ I don’t remember what the price was, but people were paying four times the price. Something like $40 a copy. People couldn’t import them fast enough.


Zander was told to introduce songs slowly for the Japanese audience on the Top 10 single you hear him draw out the title : "I want you...to want...me." When it was finally released in February of 1979, Cheap Trick at Budokan sold 4 million records in the United States, peaking on the Billboard Hot 200 at #4. In 1998 Cheap Trick released At Budokan: The Complete Concert, restoring all of the numbers left of the original 42-minute album.

The band may have flown coach to Japan but they returned in first class.